The ammonium hydroxide , better known as liquid ammonia, is a mixture of water and ammonia gas having multiple uses. It has no color and its smell is very strong . It is found in its natural state in the environment, as well as in the human body, where it performs functions such as synthesizing proteins. Industrially it is produced for various purposes. For agriculture, home cleaning and medicine, among others. This chemical compound should be used with caution, since inadequate exposure is harmful to health. 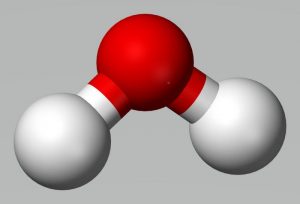 What is ammonium hydroxide?

Ammonium hydroxide is a chemical compound that is generated by diluting ammonia gas with water . It is also called as liquid ammonia or ammonia. It is found in the natural environment in plants, animals, and humans. It is also created industrially for various uses.

The molecular formula of Ammonium Hydroxide is NH4OH or H5NO

Ammonium hydroxide on other planets

Scientists have verified that the clouds of the planet Jupiter are composed of ammonium hydroxide in dilute solutions. Despite this, space probes have failed in their search for water in these cloud formations. There is frustration in this regard, because after learning that there is evidence of the presence of anhydrous NH4OH crystals, it was expected to find water.

How it is produced in industries

Industries that generate ammonia obtain it through a method called Haber-Bosch. This consists of reacting hydrogen and nitrogen gases, after using potassium oxide, ferric ion and aluminum oxide as catalysts. It is subjected to high temperatures and pressure, to have a yield of 10 to 20 percent . After the reaction, ammonia is obtained which, in turn, after undergoing an oxidation process, produces nitrates and nitrites. With these last two, ammonium nitrate and nitric acid are obtained, widely used in fertilization.

Ammonium hydroxide and ammonia are naturally and commonly found in soils, water, and air on planet Earth . Likewise, it is present in flora and fauna, as well as in human beings. Nitrogen is essential for the subsistence of animals and plants and this element is generated from ammonia. Ammonia is also produced in the human body . This originates in the tissues and organs, as well as some bacteria that are found in the intestine and that are beneficial for health.

One of the important tasks of ammonia in living beings is to synthesize proteins . These are made up of a score of different amino acids. Plants synthesize them, for the most part, with the help of atmospheric nitrogen, but animals do not. The human body can synthesize some and others simply pass intact after being consumed. However, the amino acids it synthesizes do so thanks to the presence of microorganisms in the gastrointestinal tract thanks to the action of ammonia ions. In addition, ammonia ensures that the body pH is balanced.

Safety in your employment to process food

The Food and Drug Administration (Food and Drug Administration) states in its regulations that ammonium hydroxide (and other preparations containing ammonia) is recognized as “safe” or “GRAS” when it is used as a pH control agent, leavening and for surface finishing when processing food in industries. The only limitation is that the process is carried out with the current manufacturing steps.

Alkyl radicals: how they are formed, nomenclature, examples

What is the general gas law?