The Arsenic is a naturally occurring element that is widely distributed in the earth’s crust, hydrosphere and biosphere . In the environment, it combines with oxygen, chlorine, and sulfur to form a series of inorganic arsenic compounds . Arsenic in animals and plants combines with carbon and hydrogen to form organic arsenic compounds . Inorganic arsenic compounds are used primarily to preserve wood. It also appears in three different allotropic forms: yellow , black and gray.; the stable form is a brittle, silver-gray crystalline solid. It fogs quickly when it comes into contact with air, and at high temperatures it burns forming a white cloud of arsenic trioxide . It is a member of the metalloid group of the periodic table, and can be easily combined with many elements. The metallic form is brittle and when heated it quickly oxidizes to arsenic trioxide, which has a garlic odor. The non-metallic form is less reactive, but will dissolve if heated with some strong oxidizing acids. 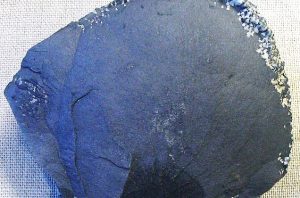 Arsenic is a natural element that can be found on earth and that belongs to the group of metalloids in the periodic table, combined with oxygen, chlorine and sulfur, it forms a series of inorganic arsenic compounds . It is a very common element in the Earth’s atmosphere.

It is a natural element of which information has been had since ancient times as a sulfur compound . The Greek philosopher Aristotle , in the 4th century BC, referred to the element as ” sandarach ” and was later renamed arsenic by his student Theophrastus of Eresos . The word comes from the Greek άρσενιχόν which means orpiment . It was also known in ancient Egypt, and is mentioned on papyrus as a way of giving gold color to metals. The Chinese also knew about this element as it is reflected in the writings of Pen Ts’ao Kan-Mwho compiled information in his great work on the natural world in 1500, during the Ming dynasty. He noted the toxicity associated with arsenic compounds and mentioned their use as pesticides in rice fields.

The first man to discover it was the German chemist Alberto Magno in the year 1250. His name comes from the Greek words arsenikos, which means manly, male, or from the word arsenikon, which was the Greek name for auripigment, a mineral that contains arsenic.

It is part of the elements of the periodic table called metalloids or semimetals . The type of properties that these elements present are intermediate between metals and not metals:

Arsenic compounds are used in the manufacture of some special types of glass , to preserve wood . It has become an important doping gas in the microchip industry , but its use requires strict guidelines regarding its use because it is extremely toxic . Strengthens the alloys between copper and lead for the manufacture of car batteries. It is used in pesticides , herbicides and insecticides , although its use is limited due to its toxicity. It is used in medical treatments such as cancer and leukemiaacute promyelocytic disease and in some medical solutions to combat psoriasis . In ancient times, it was also used in the creation of biological weapons during the First World War and the Vietnam War .

Some grape and apple juices as the water used to irrigate these fruit fields often contains high levels of arsenic. It can be found in some flours , bread , sweets , beer and pasta , products made from rice. Many times and although it seems incredible, the water has levels of arsenic that are harmful to health, canned fish and sardines , which accumulate arsenic, as well as clams, oysters and crustaceans .

What are heterogeneous mixtures?

Ternary salts: what are they, nomenclature, properties, examples