The atomic number is defined as the number of protons that exist in the nucleus of an atom. This concept was historically important because it provided a theoretical basis for the realization of the periodic table of the elements . Dmitri Mendeleev’s discovery of the periodic law in the late 1860s was a remarkable achievement for the entire world as it provided a key organizing concept for the chemical sciences.. A problem that remained in Mendeleev’s final analysis was the inversion of certain elements in his periodic table, however, his contribution was of utmost importance to humanity and the scientific world. 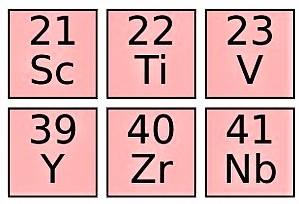 The atomic number is a concept that belongs to the field of physics and chemistry and that is closely related to the structure that an atom has and the total number of protons that the nucleus has.

History of the atomic number

The solution to this problem did not appear for almost half a century. Then the solution was born from X-ray research , which was discovered in 1895 by Wilhelm Röntgen . In his discovery he found a new form of electromagnetic radiation that had inspired a number of new research projects aimed at learning more about X-rays themselves and their effects on matter.

Charles Grover Barkla , a physicist at the Universities of London and Cambridge, started a line of X-ray research. Starting in 1903, he analyzed the way in which X-rays were scattered by gases, in general , and by elements, in particular. He found that the higher an element was on the periodic table, the more penetrating the rays it produced. He concluded that the X- ray pattern he observed for an element was associated with the number of electrons in the atoms of that element.

In 1913, Moseley discovered that the X-ray spectra of the elements changed in a simple and regular way as one moved up the periodic table and attributed this change to the number of electrons in the atoms of each element and therefore to the total positive charge in the nucleus of each atom.

Moseley’s discovery was an important contribution to the understanding of Mendeleev’s periodic law and provided a theoretical basis for the law. He showed that chemical properties were related to the number of electrons and nuclear charge in a regular and predictable way.

What is the atomic number

The identity that an atom has and its properties are given by the number of particles it contains. What makes chemical elements different from others is the quantity or number of protons that their atoms have within the nucleus . This number is known by the name of atomic number and is represented with the letter Z . It is located in the subscript to the left of the symbol of the corresponding element.

The atomic number of an element is responsible for representing the total number of protons found in an atom and is essential to understand the order in which the chemical elements that are within the periodic table of elements are found. . They also represent the order, starting with hydrogen as the first element because its atomic number is 1 and ununoctium being the last element that appears at the end of it with the atomic number of 118.

How to calculate the atomic number

The steps to follow in order to calculate the atomic number of an element are the following:

What is the hydronium ion?

Reverse osmosis: how it works, what it is for, examples