The  barium hydroxide  is a chemical of great benefit in laboratories and industries. From it other barium compounds and various elements are obtained. It is an alkaline, stable, non-flammable and long-lasting chemical. Like other strong bases it is  corrosive and toxic . It should not be inhaled or ingested by living beings, as it is harmful to health. It can cause death. 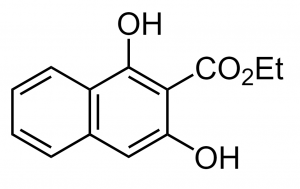 What is barium hydroxide?

Barium hydroxide is a  solid, crystalline chemical compound . It is made up of barium, an alkaline earth metal belonging to group 2 of the periodic table, hydrogen and oxygen atoms. Its chemical formula is Ba (OH) 2. It is constituted as a strong base, capable of accepting H + protons or positive hydrogen ions.

It has three presentations: octohydrated, monohydrated and anhydrous . The octohydrate compound is made from barium oxide and water. Also reacting barium chloride with sodium hydroxide. Once crystallized, it can transform into a monohydrate, when exposed to air, where it acquires a layered structure.

The  monohydrate Barium  is the commercial form of the compound. In the industry it is also known as caustic barite, due to its characteristic flavor.

Barium hydroxide is obtained from barium oxide and its dissolution in water, according to the equation Ba + 9HO → Ba (OH) -8HO. It is constituted as an octahydrate , whose Ba 2+ axes acquire a square anti-prismatic shape and also share eight axes.

In the case of the monohydrate, each Ba +2 center is made up of two  water  and six hydroxide ligands that bind two and three times to the areas adjacent to the Ba 2+ center.

Barium hydroxide is composed of one barium atom (+2 metal), two oxygen atoms (-2 nonmetal), and two hydrogen atoms (+1 nonmetal). Or what is the same, the  alkaline earth metal  and an element of the hydroxide group OH- (basic oxide + water).

For its formulation, the symbol of the metal is written first and then that of the hydroxyl radical, the latter in parentheses. Next to it, the number of ions that is equivalent to the oxidation number of the metal cation. Hence, the chemical formula for barium hydroxide is Ba (OH) 2.

The  barium hydroxide  is a solid chemical compound, consisting of octahedral crystals, sometimes whitish. It becomes a monohydrate when heated in air. It does not smell. If taste, caustic. On the pH scale it has a value of H2O ~ 14, which indicates that it is a highly alkaline substance.

Barium hydroxide is a stable compound under normal conditions. It reacts at temperatures above 1000ºC, separating from the water of crystallization , this generates toxic gases. Gases and other dangerous products are released from their impact with ammonium salts, halogenated organic compounds, nitrides. Also with various metal compounds of inorganic or organic formulation.

It is incompatible with acids and hydrogen sulfide. It reacts to sulfuric and phosphoric acids , forming barium sulfate and barium phosphate, respectively. While from its encounter with hydrogen sulfide, barium sulfide is released. Before carbon dioxide produces barium carbonate.

When an aqueous solution of barium hydroxide is mixed with solutions of other metal salts, insoluble barium salts are precipitated.

The chemical compound can also react with elements such as aluminum or zinc, forming oxides or hydroxides of the metal, producing hydrogen gas. Also  initiate polymerization activities  in epoxy materials.

Barium hydroxide is used in laboratories for  decarboxylation to amines , the removal of a carboxyl group in amino acids. Barium carbonate is derived from this process.

In analytical chemistry it is used for the evaluation  and titration of organic acids  and other weak acids. Obtaining gamma-lactones constituting cyclic esters and a cyclic ketone called cyclopentanone.

It is useful in the production of  diacetone alcohol , a synthetic organic compound that is used for the preparation of other compounds and as a solvent . It is also used in the planned construction of organic molecules for the hydrolysis of esters and nitriles.

In organic chemistry it is added to produce alkenes with cis-trans or geometric stereoisomerism. In this process, it is used as a  catalyst for the Wittig-Horner reaction .

Barium hydroxide, like other compounds of the element that are obtained from its synthesis, is very useful in industry. Barium monohydrate serves to remove sulfate from various products and dehydrate them. Also to  improve the properties of thermoplastic materials , the melting of silicates and the saponification of fats, turns them into soap.

It is used for the manufacture of beet sugar, refining vegetable and animal oils. As an  additive to corrosion inhibitors , fresh paint, floor coverings, lubricants, and pesticides. Works to clean acid spills and soften water, removes calcium and magnesium ions. It is an ingredient of homeopathic medicine.

Due to its water-soluble nature, barium hydroxide is corrosive; and like other strong bases, it has  high toxicity . Inhaled or ingested it is harmful to living beings.

Breathing in barium hydroxide causes seizures and inflammation of the larynx , bronchi and lungs,  shortness of breath . Cough and irritation of the mucous membranes. Consuming it causes from dizziness, arching, vomiting, pain, colic and diarrhea, to burns, perforations and / or decomposition of the esophagus, stomach and intestines.

Long-term exposure causes systemic disorders such as hypertension, cardiac arrhythmias, or slow heart rate. The exposed person may go into shock, suffer muscle stiffness, and  circulatory collapse . In contact with the skin and eyes, it causes irritation, skin corrosion, burns, eye injuries and even blindness.

Barium hydroxide must be handled in controlled environments, with adequate ventilation and in strict compliance  with biosafety regulations . The latter indicate the proper use of materials and personal protective equipment, the conditions of handling and storage. As well as the measures to be taken in case of accidental spillage of the compound.

In the event of accidental inhalation or ingestion of the chemical, it is recommended to go out into the open air and  consume plenty of water . In addition to removing contaminated clothing and seeking immediate medical assistance. Vomiting should not be induced, it would further compromise the esophagus. The effects of barium hydroxide may be delayed, but they are irreversible.

What is a supersaturated solution?