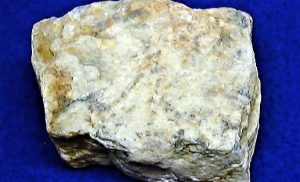 It is a chemical element that is represented by the symbol Be and whose atomic number is 4. It is an alkaline earth element, gray, hard, brittle, light and toxic used as a hardener for alloys, especially copper.

The most representative characteristics of beryllium are the following:

A common beryllium compound was already known in ancient Egypt , but nothing was known about the chemical composition of this mineral until the late 18th century. In 1797, the French mineralogist René-Just Haüy carried out a series of studies on beryl and emerald . Emerald is a green gemstone of natural origin. Haüy was convinced that these two minerals were almost identical so he asked  Vauquelin to determine the chemical composition of the two minerals.

When Vauquelin did his chemical analysis, he found a new material that had been overlooked because it looks so much like aluminum. His data showed that the material was not aluminum and he named the new element glucinium . Scientists referred to the element by two different names, beryllium and glucinium, for 160 years.

Beryllium has a large number of physical and chemical properties that we will mention below.

What is beryllium for?

Its main use is in alloys . Beryllium alloys are popular because they are hard , rigid, and are known to be lighter than similar alloys.

Alloys have the ability to conduct heat and electricity almost as well as pure copper, but they are stronger, harder, and more resistant to wear and tear and to corrosion or oxidation . These alloys are used in printed circuits, radars, computers, home appliances, aerospace applications, automatic systems in factories, automobiles, aircraft landing systems, oil and gas drilling equipment, and heavy machinery.

Beryllium can be found in 30 different minerals . Among the most important we can mention  beryl and bertrandite , which are considered the main sources of commercial beryllium. Currently, most of the metal is obtained by reduction of fluoride of beryllium with magnesium . The precious forms of beryl can be found in the form of aquamarine and emerald .

Geographically, the largest reserves are in the United States, which is considered the world leader in beryllium production (65%), followed by Russia (40%) and China (15%).

Beryllium is of great importance for the industry, since its use in medical diagnoses by means of X-rays, is a necessary technology for the treatment of some diseases. It is also very important in copper alloys that have a large number of applications for the creation of tools dedicated to the oil industry . It is also used in aircraft and precision instruments . In addition, it acts as a moderator for neutrons in nuclear reactors.

What is Fick’s Law?