In the field of chemistry , there are many types of compounds and without a doubt, one of the best known and most important are binary compounds . This type of compound is one that has in its chemical composition atoms that come from different elements . They are a little more complex because they have different chemical elements and because they have the great ability to transform into new elements when all the characteristics of their elements are united. 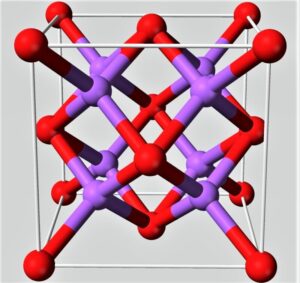 What are binary compounds?

Binary compounds are those substances that are made up of two that are present within the periodic table of elements and that are composed of only two of them, although their atoms may vary in number.

Binary compounds are divided or classified into two important groups, which are in fact the best known. One of them is known as acidic oxides and the other as basic oxide . Each of them is explained below.

This type of binary compound is also known by the name of non-metallic oxide and they are composed thanks to the union of oxygen with a compound of the non-metallic type . As an example we can mention water (hydrogen + oxygen), benzene (carbon + hydrogen) and ammonia (hydrogen and nitrogen).

They are composed of the union that occurs between a metal and oxygen . They have a high electronegativity and are ionic . It is easy to observe when there is corrosion of metals, which happens when the oxygen that is present in the atmosphere comes into contact with a metal. It is common to find some of them within nature such as rocks or minerals . Some examples are titanium dioxide, chromic oxide, calcium oxide, or lime.

It is important to remember that the chemical formula is a way of making a symbolic representation of the molecules that make up a certain chemical element. These formulas are made up of a series of symbols whose function will always be to represent the elements of a certain compound and the number of atoms in it.

In order to formulate or give the nomenclature of binary compounds, three different types of nomenclature can be used.

In the case of binary hydrogen combinations , it will be necessary to use the general formula X n H and they are named using the suffix “ uro ” to later place the word “ hydrogen ”.

When there are binary combinations with oxygen, if the element is a metal then it will be called an oxide . If it is a nonmetal , then it is called an anhydride and uses the formula X 2 O n .

In the case of binary compounds from salts , which is the union of a metal with a nonmetal, it is used as the general formula A x B and and naming power is necessary to use nonmetal ending with ” uro ” to later place the name of the metal .

Most of the binary compounds can be formed by means of a direct combination of their elements in their pure state, although it is also common to do the process through different chemical processes . All processes will always depend on the chemical elements since both must be able to join in a reactor so that they have the possibility of making an interaction between them and thus give way to the creation of a chemical reaction .

Binary compounds are of great importance as they are used in many areas of everyday life . They are very important in the field of agriculture since they have the ability to be good fertilizers for crops. They are also used in wastewater treatment , in many chemical processes in the industry and some are even relevant for the pharmaceutical industry . They are also used as semiconductors, as components in batteries in the manufacture of glass.

Some examples of binary compounds are mentioned below:

What are colligative properties?

What is barium carbonate?

What are valence electrons?