The binary salts are a type of ionic species which play a major role in the field of chemistry and are generally identified as a type of substance of strong electrolytes. When the term binary is used, reference is then made to the way in which they are created since they are composed of two different elements, a metallic cation with a simple non-metallic anion, which in turn are joined by means of an ionic bond . 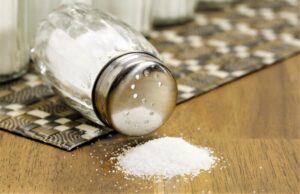 A binary salt is a combination that is made between a metal and a non-metal in its structure and that also have a general chemical formula such as M m X n , where M will be the metallic element while X the non-metallic element.

Among its main features are the following:

Binary salts have several properties, one of them is their fragility to shocks as they tend to break you very easily, displacing the ions in their structure. They are also very hard when they are faced with high melting points since the electrical bonds that occur between negative and positive ions are strong, for this reason, in order to melt them they must be exposed to quite high temperatures.

Only when binary salts are dissolved do they have the ability to conduct electrical currents . One of its main properties is its great facility to dissolve in the presence of water since, a water molecule has polarity, in other words, negative and positive parts, when these are united with water, the positive parts of it are They manage to bind the anions while the negative parts to the cations, causing the ions of the salt to be removed and completely dissolved.

The formulation or nomenclature of binary salts is carried out in three different ways, which are:

How binary salts are formed

Binary salts can be formed by means of a combination made between an ionic bond that belongs to a certain metallic element and a non-metallic one , with the exception of hydrogen and oxygen atoms. Its formation also involves an exothermic type of heat reaction.

What are binary salts for?

The uses that can be given to binary salts are different and these will depend on the elements that are part of the compound. One of its main uses is in maintaining the water balance of organisms such as plants and animals, they are also used within the field of industry and the manufacture of food products . Some are used to cook, preserve food, and even melt ice . They are also used to make fireworks and to harden steel.

Binary salts are of great importance since they are the basis of many types of compounds , serums, medicines and even for human consumption. It is an ideal and necessary for the manufacture of complement Sera , food and products canned .

Some known examples of binary salts are as follows:

What is the bromine test?