The word boiling comes from the Latin language, from the word “ ebullitĭo ”, a word that refers to the process and the consequences that are obtained when a liquid is boiled. This word is a verb, and it refers to the production of a large number of bubbles due to heat or fermentation. In other words, we can say that it is a synonym for boiling. 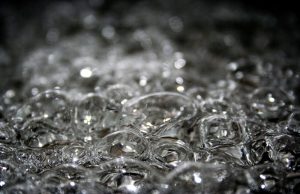 It is the rapid vaporization that a liquid performs, which generally occurs when it is heated to a temperature such that its vapor pressure is above the pressure found in the external environment.

We can say that the boiling process consists of a physical phenomenon by means of which a liquid is capable of modifying its state to become gaseous. This transition from a liquid to a gaseous state occurs when the temperature that completely surrounds the liquid reaches the so-called boiling point at a given pressure.

it then consists of the temperature at which the vapor pressure is equal to the pressure of the medium around the liquid.

It is a wholly physical process that is sometimes also called vaporization, which begins when heating a liquid begins to appear or bubbles of gas appear throughout its mass, which is released into the atmosphere.

The process of boiling occurs when a substance increases the temperature of its mass in its entirety until it reaches a point where the vapor pressure is equal to the external atmospheric pressure. During this process, a series of bubbles appear, which rise to the surface of the liquid, thus giving rise to the vapor, that is, the passage of the liquid to the gaseous state.

The specific conditions with respect to temperature and pressure under which the boiling process occurs are known as the boiling point. This has the ability to vary from substance to substance.

It is also important to mention that the boiling point temperature cannot increase, but must be kept constantly at a pressure that is also constant.

In other words, it is the temperature at which a liquid has the ability to boil, and it is also linked to the different specific properties that have the liquid, and not its quantity.

It is important to mention that when the liquid has boiled the temperature should not undergo any type of variation. We can determine it by means of equipment known as distillation equipment.

This equipment consists of a thermometer that is placed at the outlet of the vapor in order to correctly read the transition temperature of the liquid.

This equipment consists of a spherical flask that is introduced into the substance to be distilled, a distillation column that can be simple or filled, a thermometer, a straight refrigerant, a collecting flask, rubber bands, a heat source, and metal tweezers.

To achieve a calculation of the variation between the normal boiling point and the boiling point at atmospheric pressure, the following formula can be applied:

How it differs from evaporation

The main differences that we can observe between evaporation and boiling are the following:

The most important application is to know the purity of a certain substance. It is also used to raise the temperature of a certain product and for the proper operation of steam engines.

Knowing the boiling point of a material or substance is very important for the use of scientific or engineering applications, since in this way how you can get to know the ideal working temperatures, the energy absorbed in the phase change, select the material according to the heat requirement, among others.

Some examples are as follows:

What is sodium bromide?