The Calvin Cycle is also known as the Calvin-Benson cycle or as the CO2 fixation phase in the photosynthesis process. This cycle consists of a series of biochemical processes that take place in the stroma that the chloroplasts of photosynthetic organisms possess. 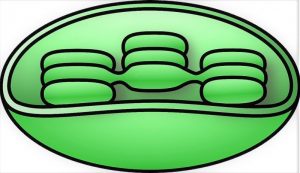 it is responsible for generating the reactions that are needed to be able to fix the carbon in a solid structure to be able to form the glucose that regenerates the molecules to continue with the cycle.

What is the Calvin cycle?

The Calvin cycle is also known as the carbon fixation phase and is the dark phase of photosynthesis. The dark phase is so named because this cycle is not dependent on light like the other components of the photosynthetic process.

It may be argued that it is the second stage of photosynthesis, in which the carbon of the absorbed carbon dioxide is fixed and creates the correct quantity of components and biochemical processes required to manufacture sugar and recycle the material left over for continuous production.

This is a cycle that uses the energy created during the light phase of photosynthesis to fix the carbon contained in carbon dioxide in a solid structure, such in the case of glucose, with the sole goal of producing energy.

This glucose molecule has a six-carbon primary structure and will be handled later in the glycolysis process for the preparation phase of the Krebs cycle, both of which are components of cellular respiration.

The main characteristics that we can observe in the Calvin cycle are the following:

Phases of the Calvin cycle

From a biochemical point of view, the Calvin cycle is divided into 3 stages: carboxylation, reduction, and regeneration.

First Phase of the Calvin Cycle or Carboxylation

In this phase, the enzyme that binds CO2 to RuBP is known as rubisco. This addition of the CO2 results in an unstable intermediate 6 carbons breaking producing two molecules of PGA.

Second Phase of the Calvin cycle or Reduction

Third Phase of the Calvin cycle or Regeneration

It is the longest stage; Mainly 2 enzymes are involved that are exclusive to this stage and the cycle. These two enzymes are sedoheptulose 1,7-bisphosphatase and phosphoribulokinase.

It is known as the carbon cycle, and it is the name given to a cyclical chain of different chemical reactions that occur in the stroma of chloroplasts, which are responsible for forming carbohydrates after the fixation and reduction of dioxide. carbon.

In the Calvin cycle, carbon dioxide is assimilated and then ATP and NADPH from light reactions provide the energy needed to combine assimilated carbons to produce sugar.

This cycle begins when carbon dioxide is combined with a compound made up of five carbon atoms, giving rise to an unstable compound that has six carbon atoms.

Importance of the Calvin cycle

The Calvin cycle is very important because it is the only way of assimilation having the carbon both for reduction and for the incorporation of organic matter into all eukaryotes.