Matter can be found in different forms or phases, these are known as states of aggregation of matter and are simultaneously exposed to various types of changes that can occur naturally or humanly. We find three different states of aggregation, the liquid , the gaseous and the solid . When these are exposed to certain processes, a change of state occurs , but they do not undergo any type of modification in their composition . 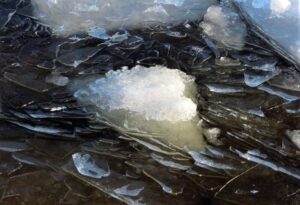 The change of state is a type of evolution that a substance undergoes in the states of aggregation but without registering any type of modification in terms of its composition . It is a change that occurs only in the physical characteristics of the elements.

In the field of physics and chemistry it is common to hear the word change of state . This refers to the different changes in evolution that matter can undergo in its states of aggregation (physical, liquid or solid) but without any type of change in its chemical composition, in other words, it is a change It is presented in the physical characteristics of a certain element.

When a state change occurs

In general , changes in the state of matter occur when there is a significant increase or decrease in the temperature to which the element is exposed. At this point it is important to understand and know the term latent heat which refers to the heat that is needed to be able to cause a change in the complete state of an element. All the latent heats of substances or elements are a characteristic parameter of each substance and their value will always depend on the pressure.

There are several types of status changes that can occur. Due to the increase in temperature the following may occur:

When the temperature drops significantly, the following types of state changes can occur:

There are many applications in which state changes can be used. Some examples are mentioned below:

Changes in the state of matter are important because they make it possible to separate and unite different types of substances . They are also essential to be able to understand and carry out the transport of some fluids , because thanks to the changes in state it is possible to store some compounds or elements and thus facilitate their transport. They are also important for the field of industry and many of these processes turn out to be a fundamental part of living beings and everything that surrounds them.

Some of the changes in the state of matter are even used in daily life, we can observe them for example when we freeze water or when we boil some liquid. They are common and important in practically all daily activities.

Water has the great ability to change from one state to another simply by varying the temperature to which it is exposed. In addition, you can make your state changes by means of different methods, such as:

Chocolate can also undergo various types of changes in the state of matter. For example, when heated to 68 ° C it can reach a crystalline phase allowing the chocolate to become liquid without changing its components. Chocolate can also be cooled to the point of freezing and if enough heat is applied to it, it can melt easily, even after cooling it will return to its solid phase on its own.

What are exothermic reactions?