The chemical bond can be considered as a force that holds together the atoms of different elements in these compounds. It opens the possibility of millions and millions of combinations of the elements and the creation of thousands of new compounds. In summary, the existence of chemical bonds explains the richness of chemistry that goes far beyond those 118 element blocks included in the periodic table. They occur as a result of movements of electrons in atoms. 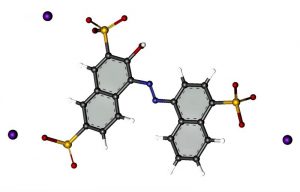 What are chemical bonds?

A chemical bond is the force that is responsible for joining or linking two different atoms or molecules , regardless of whether they are the same or different. They create temporary connections that are important to human life.

When talking about the history of chemistry , it is always dangerous to point out the specific origin of an idea, since, by definition, the scientific process is based on the gradual refinement of previous ideas. In his 1704 Optics publication, Isaac Newton mentions the existence of a force that generated the modern idea of ​​the chemical bond .

Newton describes forces other than magnetism and gravity , which allow particles to interact. In 1718, while translating Optics into his mother tongue , the French chemist Étienne François Geoffroy created a Affinity Table . This was the first look that opened probability to certain interactions.

Geoffroy tabulated the relative affinity that various substances had for other substances, and therefore described the strength of the interactions between those substances. His work provided information on the nature of chemical interactions . However, it was more than 100 years before the concept of the combining power of the elements was understood in a more modern sense. Edward Frankland described in one of his books the power of combination of elements , a concept now known as valence chemistry.

Among the main characteristics of chemical bonds we mention the following:

How chemical bonds are formed

Chemical bonds occur under a close relationship between the amount of electrons they have in the last orbit, since it is this quantity that will determine the valence number or oxidation number with which the atoms will make the bond. The valence band is what allows electrons to rotate in their orbits and pass from one atom to another. Depending on the electronegativity that an atom has in a molecule, this will be the ability it has to attract electrons depending on the atomic number or valence.

Chemical bonds and interactions that occur between atoms can be classified into several types. Two of the main and most common types of chemical bonds are covalent and ionic bonds . Molecular bonds are formed when the constituent atoms get close enough that the outer electrons of one atom are attracted to the positive nuclear charge of the other atom. As the independent atoms approach each other, there are both repulsive forces and attractive forces that exist between the positive nuclei and the electrons. negative valence.

Some constituents require the addition of energy , called activation energy , to overcome initial repulsive forces . But at various distances, the atoms experience different attractive and repulsive forces , eventually finding the ideal separation distance where electrostatic forces are minimized. This minimum represents the most stable position, and the distance between the atoms at this point is known as the bond length .

They have the property of keeping attached to the atoms in different molecules. Chemical bonds have properties of aggregation , melting point, boiling point , solubility in water or different organic solvents, they have thermal and electrical conductivity . Their chemical properties will depend on the substances they have in the links.

What are chemical bonds for?

Through chemical bonds, man can form and separate different types of substances to achieve their maximum benefits.

They are important because they allow atoms to be able to group together to form molecules , which generates the production of pure and compound substances .

Ionic and covalent bonds are generally considered to be strong chemical bonds and are very important for the structure of biological molecules like DNA and proteins . Two types of weak links often seen in biology are the bridges of hydrogen and the forces of dispersion of London.