The deoxyribonucleic acid , better known as DNA , is a type of molecule full structure is located within each of the cells of the human body and containing in its inside all the information and instructions necessary to create and subsequently maintain life . 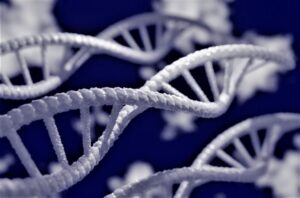 The deoxyribonucleic acid is a type of molecule consisting of two chains which can be found all the genetic information that have beings living and some types of virus .

Deoxyribonucleic acid is a basic macromolecule for humans and for heredity, since it is where all the information related to the hereditary characteristics of living beings is located. It is also the most important component of chromosomes and is responsible for indicating the formation of proteins that turn out to be necessary to maintain the proper functioning of cells, tissues and organisms.

There are many characteristics of deoxyribonucleic acid. The most important ones are mentioned below:

The history of DNA begins in 1869 thanks to the Swiss biologist Friedrich Miescher who studied the chemical composition of white blood cells . In his experiment, he found a substance that was rich in phosphates and that was also resistant to proteases, in addition, this molecule was not a protein and it was not a lipid. He named the molecule nuclein , a name that he later obtained from the generic name of nucleic acid .

During the 1920s, Phoebus Levene , carried out a series of studies based on nucleic acids and it was when he managed to determine the presence of two different molecules, DNA and RNA and determined that the basic unit of DNA was formed by a nitrogenous base of phosphate and sugar and gave it the name nucleotide .

Thanks to Griffith in 1928 , the findings made by Avery in 1944 and several experiments by the scientist Hershey-Chase in 1952 , it was possible to determine that DNA was responsible for transmitting the hereditary traits of the living beings. In 1929 , Maurice Wilkins, Rosalind Franklin, Francis Crick and James Watson discovered the molecular structure of DNA, a double helix , which earned them the Novel Prize in Medicine in 1962.

DNA has a structure composed of long strips in which nucleotides are located . Each of these nucleotides is composed of a sugar molecule , a phosphate group that fulfills the function of serving as a link between nucleotides and a nitrogen base which has four important components: adenine (A), thymine (T ), guanine (G) and cytosine (C). It is precisely the order of these nitrogen bases that indicates and determines the DNA instructions.

These nucleotides are joined together to form two long , spiral- shaped chains and a double helix structure is formed with them . Its molecules are so long that, in order to reach inside the cell, the DNA coils forming what we know as chromosomes .

The components that are part of deoxyribonucleic acid are the following:

Among the main physical properties of deoxyribonucleic acid we can find the following:

Its main chemical properties are mentioned below:

Three different types of DNA can be found:

The main function of deoxyribonucleic acid is to store all the genetic information that an individual has, it is responsible for containing all the genetic data that will later be inherited from one person to another and from generation to generation. Another of its functions is to transcribe the information found in the amino acid sequences in ribonucleic acid so that these instructions can be protected on their way from the nucleus to the ribosomes.

The formula for deoxyribonucleic acid is C5H10O4 .

Deoxyribonucleic acid has several fields of application, including the following:

How it differs from RNA

There are several differences between DNA and RNA. The function of deoxyribonucleic acid is to be able to store and transfer genetic information, while the function of RNA is to be able to interpret the genetic codes it has in DNA in order to produce protein synthesis. Furthermore, DNA has a double stranded while RNA has a single stranded . Finally, the nitrogenous bases of RNA are adenine, thymine, cytosine and guanine while those of RNA are adenine, uracil, cytosine and guanine.

Deoxyribonucleic acid is extremely important because it is responsible for maintaining all the genetic information necessary to be able to give life to a living being similar to the one from which it originates, in other words, it is responsible for transmitting the genetic code of a individual to another. It is the one in charge of coordinating and controlling all the activities and functions of the cells and also carries all the genes that have the function of coding for proteins .

What is silver oxide?