Dimitri Mendeleev was one of the most relevant chemists of his time , and is currently very renowned thanks to the creation of the so-called periodic table , which today helps us many things, thanks to this, which was his greatest contribution and his ideals are They gave him various recognitions that dignified his individual work as a chemist. 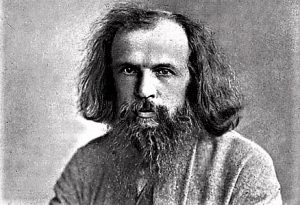 Who was Dimitri Mendeleev?

Dimitri Ivanovich Mendeleev, is known to have been a chemist of Russian origin, who was in charge of classifying all known chemical elements according to the increasing value of each of their atomic masses . The way in which Ivanovich grouped them was in rows and columns , where their interaction or action placed them in a specific way in this classification.

His full name was Dimitri Ivanovich Mendeleev , he was born on February 7, 1834 in Tobolsk , what is now known as Russia, he was the youngest son of an extremely large family, specifically there were 14 children with a mother of Mongolian origin and with a father who was director of a gymnasium in Tobolsk, his surname is confusing, not only because of its pronunciation but because the same in some of his works was placed Mendeleeff this happened in the book of the Royal Soc of London, in addition to this in many of the letters he sent wrote his last name in the same way, as if the original made him uncomfortable.

Dimitri Mendeleev was educated in the family gym , constantly standing out for his good memory and his constant disdain for the humanities , he loved mathematics , they were his passion, after a while his father was blind and with the pension he earned they could not cover all expenses, when Dimitri was ten years old his father passed away, however, his mother, willing to overcome that bad moment, undertook and set up a glass factory, which he directed with firmness and unshakable success, this later allowed his mother built a church and a school in which she supervised the education of the children of factory workers.

Due to his place of origin, the doors of several universities were closed to him , such as the Universities of Moscow and Saint Petersburg , because of this he was trained at the Pedagogical Institute of the latter city, after this his passion took him to Germany to achieve expand his studies in Heidelberg, where he met various leading scientists for the time.

In 1864 he was appointed professor at the Saint Petersburg Technological Institute and 3 years later the university that closed its doors to him due to its origin opened them to teach there as well, however in 1890 he was forced to leave that position. thanks to political reasons.

One of the greatest achievements of Dimitri Mendeleev was the so-called periodic system of chemical elements , which is commonly recognized today as the periodic table, what he did in this process was to classify and order in rows and columns all these elements, this gave the power of the public the existence of this table in the year 1869 , however, it was not until 1871 that the final version came to light ; It was one of the greatest advances in chemistry , so much so that it opened the doors of many other scientists to experimentationThis table was quite controversial since, unlike others that were already in the public domain, this table had blank spaces due to all those chemical elements that had not yet been found, which in turn were organized in rows and in columns, being grouped in such a way that their atomic masses and interactions were the protagonist.

What did Dimitri Mendeleev do

He was a highly recognized scientist in his time , since he carried out the categorization and classification of chemical elements in a squared plane, which he later called the periodic table, in this way, giving future chemists a certain facility to find some elements, together with their atomic mass and their behavior.

Dimitri Mendeleev was not a man specifically known for his ideals, but he was known to have been a liberal individual, as well as highly religious until the moment in which he was taught about deism . His greatest ideal was to unite chemistry with human beings, although economics and politics were also focuses of his interest at some times, his priority was always chemistry and the wide variety of secrets that it could hide.

Dimitri left various contributions in his works, however, the one that stands out the most and for which he is most recognized is the periodic table.

Theories of the periodic table

Before Dimitri Mendeleev’s periodic table there were other less organized and poorly classified prototypes, until 1869 when the Russian chemist decided to start his research to make this periodic table, this table of chemical elements went through an evaluation process, in addition to the discovery of the Most of its elements, Dimitri as he recognized that there were still chemical elements to be found, decided to leave some blank spaces for them in the table, leaving exactly places according to their classification and grouping , which were divided into metals, non-metals and metalloids , with their diversity of groups and stipulated atomic masses.

Some of the works of Dimitri Mendeleev were the following:

The recognitions that Dimitri Mendeleev obtained in life were several, nothing more than being the wonderful genius who created the periodic table, a great chemist and scientist, however, there was a frustrating time in his life in which he narrowly won a Nobel Prize , although apparently luck was not on his side and he won nothing. Some of his recognitions were the following:

Along with these various monuments, statues and sculptures in his name.

What is parallax error – Meanings and Examples