Dissolution is the term solution refers specifically to the action and effect of dissolving, in other words, to separate what was connected somehow to mix so homogeneously the molecules found in a substance in a liquid. In the area of chemistry and physics, we find a great variety of solutions that are important to study and know. 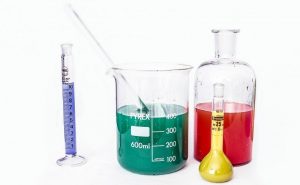 What is a dissolution?

A solution is a mixture at the molecular or ionic level of homogeneous consistency that results after dissolving one or two substances that do not react and whose components vary in proportion.

The main characteristics of the dissolution are mentioned below:

Dissolution can be classified depending on its state of aggregation, in this way we have several types that are:

By its state of aggregation

The dissolution of a solid implies the breaking of the bonds and that of its components in the liquid. For this to happen, and interaction of the molecules that the solvent has with those of the solute is required.

When a solid substance is immersed in a suitable solvent, the molecules on the surface of the solid are surrounded by those of the solvent; This produces the release of energy that is partially transferred to the crystalline lattice and allows some of its particles to detach from it to join the solution.

Some of the applications of dissolution in which the solutions participate are the following:

Some examples of dissolution are the following: