What is distillation definition and meaning?

Distillation definition is as a process of separating two substances forming a homogeneous mixture. Each liquid following an evaporation temperature curve at a given pressure (for example 82 ° C for a mixture of 50% water and 50% ethanol), it suffices to heat the mixture and collect the vapor of the one which is the most volatile up (ethanol in our example) as you go. This is then cooled by passing through a coil to give the distillate.

When liquids have sufficiently distant boiling temperatures, simple distillation is sufficient. Otherwise, a fractional distillation will have to be carried out.

The latter is carried out using a distillation column (for example a Vigreux column) comprising different levels of hollow points which condense the vapors as they rise. With a sufficient number of stages, an almost pure distillate of the most volatile liquid is obtained.

A separation complete however, is not always possible to get. In the case of the water-ethanol mixture for example, a proportion of 95% ethanol to 5% water is obtained. 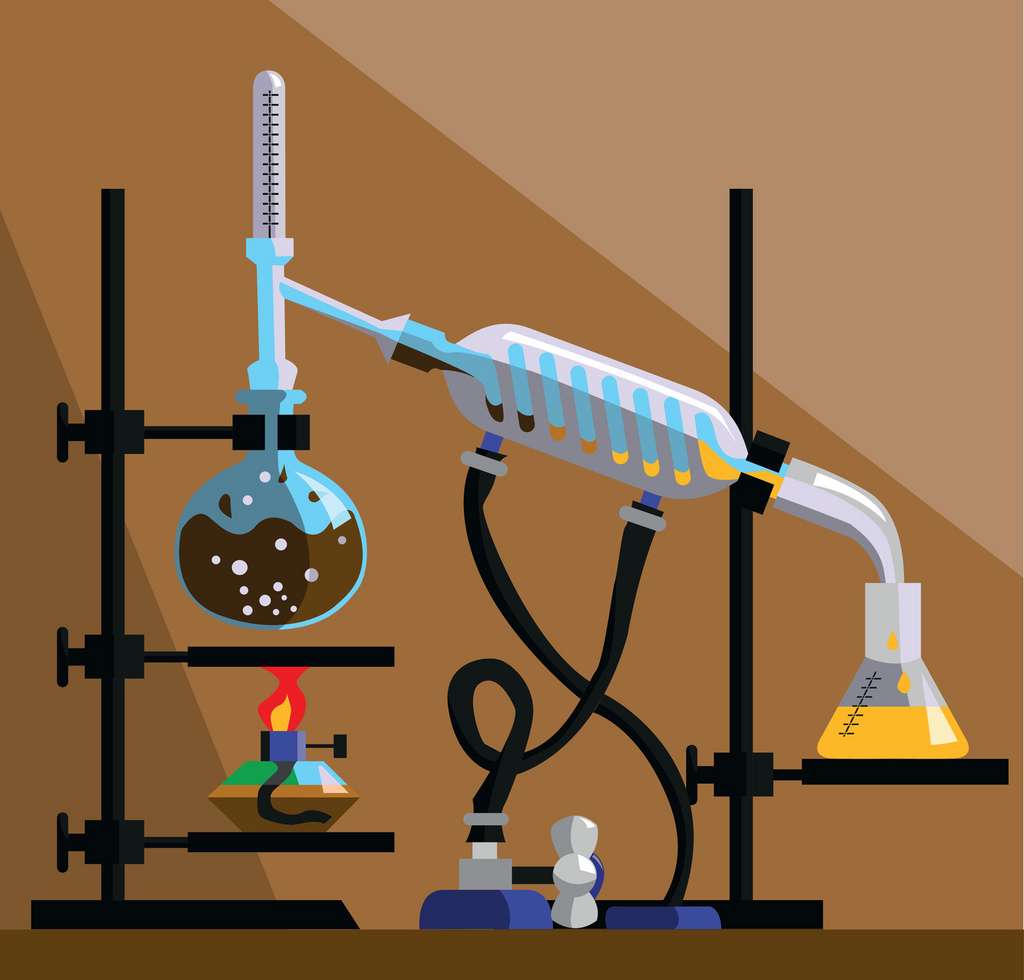 Distillation involves heating a liquid to extract a substance in the form of condensed vapor.

The first stills used for distillation were found in Mesopotamia, dating back around 3,500 years. First used to make perfumes and decoctions, they were then used to produce eaux-de-vie by distillation of fermented fruits. Distillation was also widely used by alchemists in the Middle Ages. Stills and retorts have largely been replaced today but are still appreciated for certain fine alcohols and liqueurs such as cognac or scotch whiskey, as well as for essential oils in perfumery.

Distillation is a process widely used in industry to separate or purify products.

What is law of conservation of mass?

What is the haviest chemical element?

What is nuclear fission?

What can recycled plastic be used for?