The world that surrounds the human being is made up of tangible and intangible elements , that is, by things that can be seen and vice versa. The mathematical conforms to all quantifiable , the physical is responsible for everything that touches and moves , while the chemical is in the composition of absolutely everything that is visible . 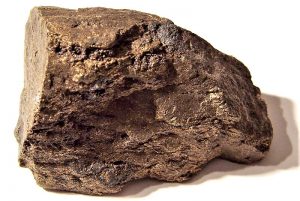 The germanium is a chemical element of the frequency table, type metal , color   silver gray , physically brittle and represented by the symbol Ge . It is fully distributed throughout the earth’s crust with a partial abundance of 6.7 parts per million . Germanium is obtained as a sulfide or is associated with mineral sulfides of other elements, generally those of copper , zinc , lead , tin and antimony .

Germanium is characterized by having an amalgam of shades of white and bright gray, in turn having a brittle consistency. However, it easily retains its shine when exposed to normal temperatures. For its part, it has the same  crystalline structure  as diamond in addition to being able to resist  acids  and  alkalis .

It is made up of a large number of organometallic elements and has the particularity of being a semiconductor material  that can be used in  transistors  and  photodetectors .

In turn, it has characteristics that differentiate it from other semiconductors, such as the fact that it has a forbidden band, which is called the band gap, thanks to which it is able to respond quickly and effectively to radiation. infrared as well as being able to be used in low intensity amplifiers .

The properties of germanium, a term which came from the  Latin Germania which translates into neutral Spanish as   Germany , were pointed out in  1871  by  Mendeleyev  with respect to its position within the periodic table, the same element called eka-silicon .

Who ends up discovering the element was the German  Clemens Winkler who demonstrated in  1886  the existence of this element, the same finding confirmed its appearance in the periodic table , due to the great similarities between the properties of the one that had been pointed out and the one just discovered.

Germanium was discovered by chemist and scientist Clemens Winler in Germany for the year 1886 . He was able to obtain it from the mineral ” argyrodite ” because he found it in German lands and decided to give the newly discovered chemical element the name ” Germania “; I term that comes from Latin and is translated as Germany . However, this discovery had already been predicted by another scientist named Madeleiev for the year 1871 .

The germanium formerly called Ekasilico has the following properties :

Due to the high costs of germanium it presents a relatively limited use and in many cases it is investigated to replace other more expensive materials. Some of its uses are:

Where is germanium found

Germanium can be obtained in  fields of silver , of zinc and copper . On the other hand, the only  minerals  recommended for the extraction of germanium are both  germanite  (it has 69% of Ge) and  garnierite  (it has 7-8% of Ge); collectively it is present within  coal ,  argyrodite,  and other minerals that have a similar chemical structure.

For the maximum amount of germanium that is in the form of oxide (GeO2), should it be obtained as a byproduct of obtaining d zinc or processes coal combustion system currently in  China and Russia is in phase developing

Achieve purify to the germanium consists of a process where must move through tetrachloride which can be distilled and subsequently is reduced to the element with  hydrogen  or with  elemental magnesium . Thus, it ends up achieving a high level of purity in the element, although later it has to be subjected to various chemical processes if its purpose is to be used in electrical equipment. This is achieved by a special fusion process, which results in crystals of around 30 millimeters used in mainly  transistors and diodes .

Regarding its importance, it is necessary to highlight the impact that germanium had on technology and its development. A clear example of this are the first diodes and transistors that came on the market which were not produced with silicon , but with semiconductor germanium .

Although currently the transistors of silicon can be said that are superior to germanium in certain respects, they work only when the materials with which it works are high purity , however the transistors of germanium work with materials of average purity with those already It was in the middle of the 20th century, at the beginning of the era of semiconductors.

On the other hand, germanium is commonly used for the manufacture of semiconductors. However, its main use today is in optical fibers and infrared optics , in which germanium lenses appear opaque to the human eye but are transparent to visible infrared light .

In turn, it is being used in bath salts for medicinal purposes especially within Japanese society .

Chemical indicators: what are they for, types, examples

What is sodium oxide?