The halogens are the five elements nonmetallic that are located in the group 17 of the periodic table . The term “halogen” means ” salt former “ and compounds containing halogens are referred to as “salts” . All halogens have 7 electrons in their outer shells, which gives them an oxidation number of -1 . Halogens exist, at room temperature , in all three states of matter:  solid as in the case of iodine and astatine, liquid as bromine andgaseous like fluorine and chlorine. 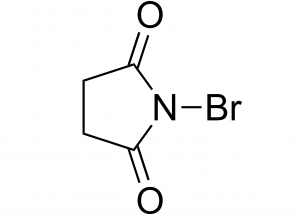 Halogens are the chemical elements that are part of a group made up of bromine, chlorine, iodine, fluorine and astate, which have salts that are not easily found in the natural and everyday environment .

The main characteristics that we can observe in halogens are the following:

It is considered that there are between 5 or 6 types of halogens. Fluorine, chlorine, bromine, iodine, and astate are definitely halogens. Element 117, which has the placeholder name of ununseptio , might have some properties in common with the other elements. Although it is in the same column or group of the periodic table with the other halogens, most scientists believe that element 117 will behave more like a metalloid .

Its physical and chemical properties depend on the element that is being studied, in this way we have to:

Uses and applications of halogens

Halogens have different uses and can be used for manufacturing halogen lamps , which are characterized by a bright light and whitish . These lamps include bromine or iodine with an inert gas and a tungsten filament. Thanks to the thermal balance of the gas and the filament , the lamps can have a fairly long service life , resist heat and give a better performance compared to incandescent lamps .

Another of its uses in the production of Teflon , which is a polymer resistant to corrosion and heat . It is similar to polyethylene, although the hydrogen atoms are replaced with fluorine atoms. Teflon is used in kitchen utensils and in medicine , for example.

Chlorine is mainly used as a bleaching agent in the paper and textile industries. It is also used in the sterilization of drinking water and swimming pools, and in the dye, drug and disinfectant industries .

The fluoride is extremely toxic and 0.1% concentrations is lethal in minutes. Hydrofluoric acid is also toxic: it is capable of penetrating the skin and causing very deep and painful burns . Chlorine gas is highly toxic and produces an immediate toxic reaction. The bromine pure is somewhat toxic but less than fluorine and chlorine, however, one hundred milligrams of bromine are lethal. The iodine is relatively toxic, it is able to irritate eyes and lungs, if swallowed can be lethal. The ástato is highly radioactive and therefore very dangerous.

Location of halogens on the periodic table

The halogens within the periodic table are located in group 17 which is formed by the following elements: fluorine (F), chlorine (Cl), bromine (Br), iodine (I), astate (At) and tennessine (Ts ).

Examples of this type of elements are the following:

Their importance lies in the fact that they are elements that can be used as disinfectants , plastics, solvents, pesticides and in medicine , and indirectly as participants in the synthesis of necessary molecules . They are used in the production of electrical equipment and hydrogen carbide products such as Teflon . Iodine is also very important for the human body and the thyroid gland and to avoid major problems in the body.

Microscope timeline: evolution from the lenses