It is important to mention before studying Heisenberg’s atomic model , that these types of model are a conceptual diagram or a type of representation about the structure that an atom has , and that its main objective is to explain its properties and the way in which this one works . Throughout history a great variety of atomic models have been created, the first of which was postulated by the Greek philosopher and mathematician Democritus . In the case of the Heisenberg atomic model , the uncertainty principle is introduced about the electrons surrounding thenucleus of the atom . 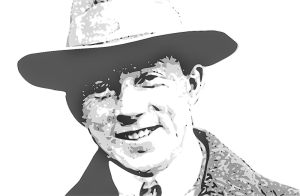 Heisenberg’s atomic model is by means of which a calculation was made about the behavior of the electrons that made up the atom, which helped to understand the patterns in their movements within the atom .

Heisenberg’s atomic model consists of the introduction of the uncertainty principle in the orbitals possessed by the electrons that surround the atomic nucleus, introducing the principles of quantum mechanics to achieve an estimate of the behavior of the subatomic particles that an atom has. .

This uncertainty principle tells us that the position or momentum of an electron cannot be known with certainty . It tells us that if there is a clue about the position of the electron, we will not know the linear momentum of the electron , and vice versa. This uncertainty occurs when we try to know simultaneously two conjugate quantities , such as position and linear momentum , and time together with energy .

The main characteristics of Heisenberg’s atomic model are the following:

The contribution of Werner Heisenberg with atomic theory model that was able to calculate the behavior with the electrons and subatomic particles forming part of an atom. His idea managed to lead to an understanding through mathematics about the patterns of electrons within an atom.

His discovery helped to have a more modern vision regarding the atom as a result scientists have the ability to compare the atoms , the movements of electrons and the number of electrons containing an atom. Surrounding the exterior of an atomic nucleus is a cloud of electrons , which is a name given to electrons that spread out and move widely.

Before Heisenberg enunciated the uncertainty principle, the precepts said that the variables of linear momentum , position , angular momentum , time , energy , for subatomic particles were defined operationally . In other words, they were seen as classical physics and an initial value was measured and the final value was estimated according to the pre-established procedure. All this implied the creation of a reference system to measure, the measuring instrument and the form of use of said instrument, according to the scientific method .

When performing such a test, it was impossible to obtain measurement in the estimated value so theoretical because measures are misrepresented by the natural conditions of the experiment and the result was not useful for the atomic theory .

Despite the fact that Heisenberg explained in detail the indeterminacy of subatomic particles and established the differences between classical and quantum mechanics , Heisenberg’s atomic model failed to establish a single equation to be able to give an explanation of the randomness of these phenomena.

Furthermore, the fact that the relationship is established through an inequality implies that the range of possibilities for the product of two conjugated canonical variables is completely indeterminate. It is for this reason that the uncertainty is in this case inherent to the subatomic processes which is significant.

Heisenberg’s atomic model is very important and significant because it was a great contribution in terms of the study of radiation , the energy of ionization . It has also been essential when studying the energy released by an atom during a reaction .

What is sodium bromide?

What is a Serological pipette? Characteristics, Uses, Range & Volumes