In the area of ​​chemistry, when thinking about the different chemical bonds that can be formed, it is important to understand that atoms do not use atomic orbitals to be able to give rise to the formation of bonds, but rather use a type of orbital known by the name of hybrid . These orbitals can be obtained through a process called hybridization and it is one of the fundamental processes within the field of organic chemistry in order to understand the structure , reactivity capacity and properties of the elements. 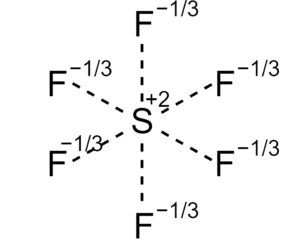 Hybridization is the theory that tells us that the orbitals of the atoms fuse in order to form hybrid orbitals to influence the molecular geometry and the properties that are related to the union.

Basically, hybridization is a process by which hybrid electronic orbitals can be formed . It is a process that takes place when several orbitals are combined with others that have the same amount of energy but at the same time have greater and better stability .

The term was introduced by the scientist known as Pauling , who revolutionized the concept of hybridization in 1931 describing it as a type of redistribution of the energy that the orbitals located in the atoms had to give way to the formation of new orbitals with equivalent energy, it was as well as gave them the name of hybrid orbitals .

The main characteristics of hybridization are the following:

The three different types of hybridization that exist are explained below:

In this type of hybridization, the combination of an S orbital with a P orbital occurs . This is done in order to be able to create two hybrid orbitals that also have a type of linear orientation. They have the ability to form an angle measuring 180 ° and can be found in compounds that have triple bonds , such as acetylene, which is also alkaline. It also has two pi orbitals.

Sp2 hybridization happens when an atom can correctly combine two p orbitals and one s orbital, ultimately resulting in the creation of three hybrid sp 2 orbitals . This type of orbital has a trigonal flat floor and also has vertices that are separated by angles that measure 120 ° and are located perpendicular to a bar. Orbitals of this type can also form sigma bonds .

In this hybridization, the molecular geometry has the formation of four sp 3 orbitals , which are also 109.5 ° apart and always point towards the vertices of a tetrahedron . Orbitals are responsible for establishing an electrical environment around the atom.

The forms that can be found in hybridization are the following:

The hybridization of atomic orbitals is a theory that considers that the orbitals can be combined with each other by means of mathematical equations to be able to obtain mixtures of orbitals as a result , which are known as hybrid orbitals . In the process, both hybrid and atomic orbitals may be obtained depending always on the amount that is used in the mixture.

An important aspect in this type of hybridization is that the central atom will be the one that is subjected to hybridization while the rest of the atoms that are attached to it will also bind to their corresponding orbital without having been hybridized.

It is important to remember that all the elements that are around us behave differently and each one of them has a certain electronic configuration , with unique properties. The study of hybridization is fundamental because it allows us to study the combination of molecules , to understand this process, it will give us the ability to understand the properties of the different elements that surround us.