Information and facts about gold :

Information and facts about gold pirate booty and the important ingredient in microelectronic circuits. Gold has been used in the jewelry industry for at least 4000 years BC, and it has only been used to treat cancer in recent decades. It is in the pot where the rainbow ends (as superstitions claim) and in the coating of astronauts masks.

What is this element that smoothly bridges the bridge between ancient and modern – myths and sciences -? It is gold.

Gold is the 79th element in the periodic table arrangement of chemical elements, and the best known to us. The gold symbol is defined as Au (derived from the Latin name for gold: Aurum). 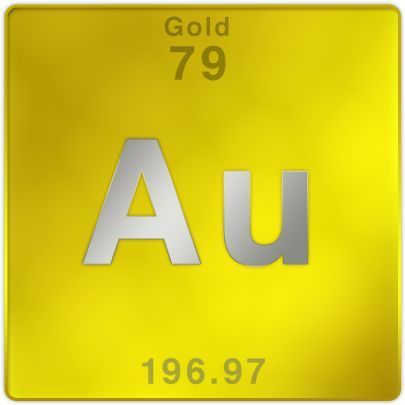 Humans have decorated themselves with gold for nearly 4000 years BC, according to the National Mining Association. From Eastern Europe to the Middle East to the tombs of Egyptian pharaohs, gold appears throughout the ancient world.

A Stone Age woman was found buried in the suburbs of London wearing a gold ribbon around her neck. The Celts (peoples and a group of cultures and languages ​​that existed in Europe for centuries BC) in the third century BC wore golden teeth in their mouths. A Chinese king who died in 128 BC was also found buried with gilded chariots and thousands of other valuables.

Gold is a shiny, malleable metal, which makes it a good metallic material. From the chemical point of view, gold is a transition metal. Transitional minerals are unique, because they can bond with other elements using the outer orbits of electrons around the nucleus, and not just one outer orbit (the negatively charged particles orbiting around the nucleus).

Tons of gold and other precious metals found in space rocks to Earth. Tracking the origin of gold takes us further. A 2013 study in “Astrophysical Journal Letters” found that it is likely that all of the gold in the universe was formed during collisions of dead stars known as neutron stars.

The gold veins extracted from the ground are attributed to the hot liquids flowing through the gold bearing rocks, which capture gold and focus it in the cracks, according to the American Museum of Natural History.

What is a carat? And why it is used when talking about gold

Most gold jewelry is not made from pure gold. The amount of gold in a necklace or ring is measured on a karat scale. Pure gold is 24 karat.

The gold bars stored in the “Fort Nox garrison” (a fortified place where the United States reserves of gold is stored, the amount of gold within it is estimated at about 2.3% of the total gold extracted throughout human history) and other places around the world, 99.95 percent pure gold , 24 carats.

And with the addition of minerals to gold during jewelry making, gold becomes less beautiful and fewer carats. For example, 12-karat gold contains 50% of gold and 50% of other metals and alloys by weight.

Carat comes from the seeds of carob. In ancient Asian bazaars, the seeds were used to balance scales that measured the weight of gold.

How much is the price of gold in Fort Knox?

To keep pace with the rising gold reserves in the United States, a U.S. alloy depot was opened at the US Army’s Fort Knox garrison in Kentucky in 1937.

Although this place was defended by a 20-ton steel door, a ridiculous rumor in the 1970s indicated the disappearance of gold in Fort Knox.

To quell people’s concerns, the director of the American Mint Institution guided congressmen and journalists through one room in the basement, to a 8-foot-tall treasury containing 36,236 gold coins.

According to the US Treasury, every bar weighs 400 troy ounces. A troy ounce is about 1.1 ounces of aphrodisiac weight (an English weights system). The entire stock now weighs 147.3 million troy ounces, which is worth about $ 130 billion today.

What is idiots gone

The fake metal, dubbed with gold of the idiots, mimics only gold in its exterior appearance. Pyrite is the most common of these minerals, it is more solid, but it is easier to break up than gold. When grinded into powder, it takes a greenish-black color, while real gold powder is yellow.

Pyrite contains sulfur and iron. It was extracted during World War II to produce sulfuric acid (an industrial chemical). It is most recently used in car batteries, home appliances, jewelry and machinery.

Although counterfeit gold may be a disappointing discovery, it is often discovered near copper and gold sources. The miner who stops digging as soon as he has a piece of pyrite in his hand is a real fool.

Of course, gold is still used in jewelry and jewelry, but this component has also moved to high-tech applications. Gold is an excellent conductor of electricity and does not react with air, water, and most other materials, which means it will not be oxidized or deformed.

Gold is also used in medicine. The radioactive gold isotope (Au-198) can be injected directly into the location of the cancerous tumor, as its radiation can destroy the cancerous cells without much stretching to the rest of the body.

In 2012, researchers reported in the journal ” Proceedings of the National Academy of Sciences ” that the nanoparticles of the gold isotope Au-198 could be linked with a compound found in tea leaves to treat prostate cancer.

The tea compound is attracted to the cancer cells, which keeps the nanoparticles sticking to the right place for several weeks when radiotherapy occurs. (This method has not yet been tested in humans).

In some cases, gold nanoparticles are the only way the drug can work. The tumor-resistant drug alpha (TNF-) kills cancer cells very effectively. Unfortunately, it is also incredibly toxic to healthy cells.

However, clinical trials now underway have found that TNF-alpha drugs can be linked to gold nanoparticles by successfully treating tumors, because the drugs directly hit their targets, according to Benchmarks, an online publication of the National Cancer Institute.

There is only one problem with the enduring love relationship between humans and gold: extracting it from the ground. Zhichang Liu, a postdoctoral researcher in chemistry at Northwestern University in Illinois, says about 83% of the gold extracted annually (2,700 tons) is extracted by a process called gold cyanidation.

This process uses cyanide to rid the gold of the rocks that carry it. Unfortunately, cyanide is a toxic compound, and this process is by no means environmentally friendly.

But there may be hope for gold jewelery enthusiasts (electronic circuits and medicine using nanotechnology). In 2013, Liu and his colleagues announced in Nature Communications that they had found a way to extract gold from ore using harmless starch instead of toxic cyanide.

Liu also told Live Science: “We actually found this method by chance.” While trying to make a porous material, the researchers mixed starch called “alpha-cyclodextrin” with gold salts (particles charged of gold). To their amazement, the pure gold quickly deposited from the solution.

Liu said the team has patented this method, which extracts pure gold at 97% and more easily and in one step. They are now working with investors to expand the process.

He added, “We hope to find a good and green alternative to the cyanide process.”

What are the subatomic particles?

What is chemical reaction explain with example?

What is an easy isotopes definition?

What is Atomic number and mass number?

118 elements and their symbols