Inorganic compounds are those which do not contain any carbon atoms. They are simple due to the fact that they do not have any complex-type bonds in their composition. They are generally mineral compounds and the vast majority of them have a metal present. You could argue that the majority of compounds that exist in the universe are inorganic, which makes them abundant, and their uses endless. 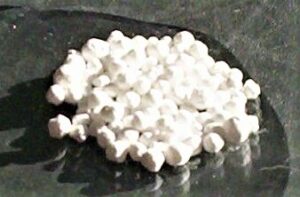 Inorganic compounds are substances that do not have a carbon skeleton. They can be made up of different elements, mainly water, but they will never have carbon as their main element.

Among the main characteristics that can be observed in organic compounds we mention the following:

There are four types of inorganic compounds, these are the following:

Among the physical properties of organic compounds we have are:

Regarding the formulation or nomenclature of inorganic compounds, they have various types of structures depending on the number of atoms they have in the composition of their molecules. In the case of oxides, the nomenclature used is Stock and IUPAC.

The peroxides are named using the same term to later place the name of the metal, in addition, an oxygen molecule must be added to them. In the case of hydrides, their nomenclature is made using the word “hydride” and then the name of the metal. The binary salts should also specify whether they have a positive or a negative charge.

How inorganic compounds are formed

Inorganic compounds are formed naturally and are produced by all living things, this includes animals and plants. They can also be formed inorganically, when this happens, it is given by a series of different chemical and physical forces such as electrolysis. Their bonds are generally ionic or covalent.

What are they for

Organic compounds are used in many areas. One of the most important is undoubtedly the industrial field since compounds are used to manufacture a series of products necessary for life. They are also very useful in the textile field, mainly to carry out the dyeing process.

They are also widely used in the area of medicine, many times in the form of pills, such as supplements to recover lost salts, saline solutions that treat dehydration, and diseases such as severe diarrhea. In the field of beauty, they work very well as some have a natural antioxidant role that helps restore the skin and even strengthen blood vessels. In cleaning products, fertilizers for soils and crops, and in foods, it is also common to use some types of organic compounds.

Inorganic compounds are very important because they are found in practically the entire planet and, in fact, constitute 70% of the human body, since water is one of the most important compounds of this type. Its uses are many today and are needed for a number of applications necessary for life. Even a large part of the food consumed daily has had contact with inorganic compounds.

Some inorganic compounds can cause serious environmental pollution when not used properly. The bromine, for example, can have a poisonous effect; the sulfur produces, when mixed with water, rain acid pollutes the air and the cadmium causes water, soil, and air contamination. It is for this reason that the proper use of some of these compounds is of vital importance to maintain good health and an environment free of contaminants.

Among the most used organic compounds in the field of agriculture we have the following:

Some other examples of inorganic compounds are as follows: