Why is the sun still burning without oxygen? Although it is not automatically flammable, oxygen helps things burn.

One of the first things we learn in any fire safety lesson is that oxygen fuels the fire and keeps it burning.

Cut off the oxygen supply to the fire and the fire will be extinguished!

Such as a tank attached to a portable respirator – because it may ignite flames.

So oxygen helps the materials to burn, but is it flammable itself?

Can oxygen be ignited by catching fire?

The material needs a component that will easily oxidize with oxygen in order to be flammable.

There is no shortage of the natural oxidizing agent in the air around us, that is, oxygen.

For example, ethanol – an alcoholic carbohydrate – is flammable because it contains carbon atoms that may oxidize into carbon dioxide.

The other main factor that makes a material flammable is its volatility.

The more volatile the material is, the more flammable it is.

Excellent examples of flammable volatile hydrocarbons include ethanol and butane.

In general, any substance that loses its oxygen-loving atoms or molecules is considered flammable. 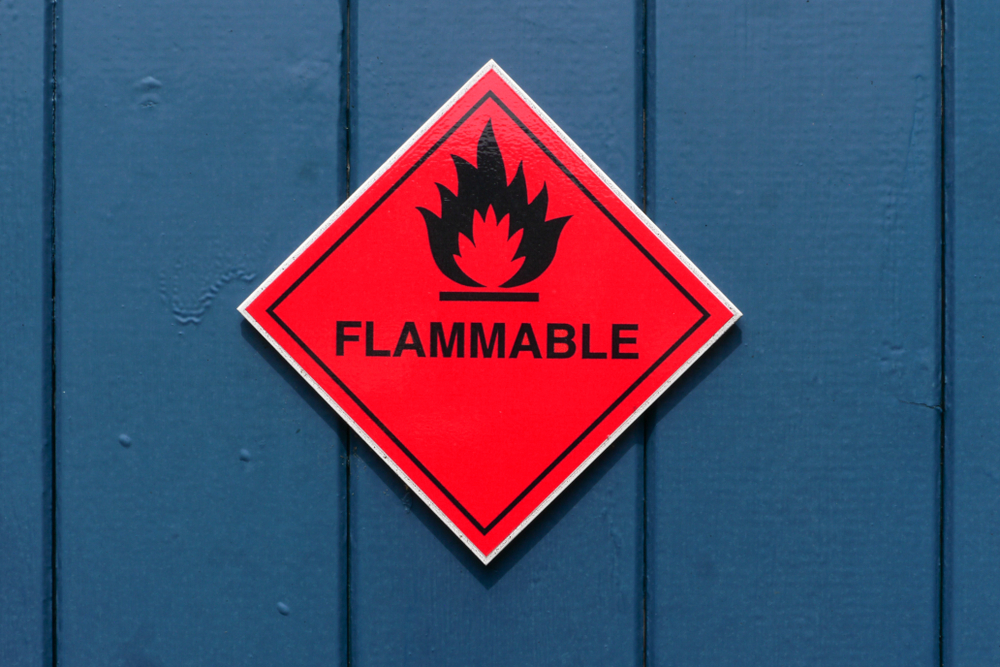 No, oxygen is not naturally flammable, but rather an oxidizing agent that helps other materials to burn.

Assuming you build a laboratory isolated from the outside world, i.e. no impurities or gases enter it.

And then fill it with pure oxygen, what do you think would happen if a spark came? nothing!

If the oxygen is flammable, the spark will set fire to the laboratory air, but since the oxygen is not combustible, it will not ignite spontaneously.

But if a small piece of paper was found in the laboratory, it would cause a fire and fire to catch fire immediately,

As the particles of the piece of paper would bond with the surrounding oxygen, meaning that the oxygen is the oxidizing agent.

Such as chlorine, hydrogen peroxide, sulfuric acid, and nitric acid – can set things on fire if the right conditions are met.

Since oxygen is the most common natural oxidizing agent, it is assumed that the combustion of any substance requires the presence of oxygen.

Another common question regarding fire and oxygen is:

“How do the stars and the sun continue to burn as long as oxygen is not present in space?”

The sun continues to glow because it does not need oxygen to keep its fire alive, as what is happening on its surface is not a chemical combustion, but a nuclear fusion.

Put simply, nuclear fusion occurs when two or more nuclei join to form a new element with a heavier nucleus.

For example, the fusion of two hydrogen atoms together creates a helium molecule.

As hydrogen atoms compress and fuse to form helium, a subjective process that lends itself to a science fiction story.

In short, oxygen does not ignite automatically, but it causes other materials to burn and set fire to them.

And a fire may become explosive if there is an abundant supply of oxygen.

How do you find pkb?

What are the factors effecting chemical equilibrium ?