The isotopes are atoms of the same element having different masses due to differences in the number of neutrons they contain. Many isotopes are stable , which means they are not subject to radioactive decay, but many more are radioactive . The latter, also known as radioisotopes , play an important role in modern life. 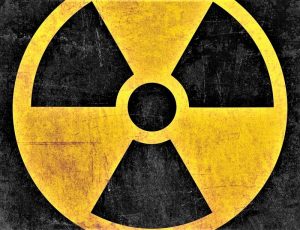 Isotopes are atoms in which the nuclei have the same number of protons , but have different numbers of neutrons . The differences between the elements correspond to a different isotope.

The carbon 14 , for example, is used to estimate the age of objects within a time period of relatively recent while geologists and other scientists use uranium-238 to measure the age of the earth. Concerns about nuclear energy and nuclear weapons testing in the atmosphere have raised awareness of the dangers posed by certain types of radioactive isotopes, which can in fact be dangerous to human life. However, the reality is that people are subject to much more radiation from non-nuclear sources .

The main characteristics of isotopes are the following:

What are isotopes for

Isotopes can be used in agriculture , the food industry , pest control , archeology, and medicine . They are also used in medicine , for example, in the emission of gamma rays to detect tumors within the human body. Irradiating them kills many types of bacteria, making food safer to eat.

There are three different types of isotopes, listed below:

They can be used as tracers , they serve in the area of agronomy to study fertilizers, as they show which part of the plant absorbs more or less of an element present in a fertilizer. They are also used in medicine , to demonstrate the absorption of a drug or how an organ works.

Another area of ​​use is radiotherapy , through radioisotopes cancer cells can be destroyed as they are sensitive to radiation . Cobalt -60 treatment is used in medicine to stop certain types of cancer based on the ability of gamma rays to destroy cancerous tissues.

They are also used in the area of radioimmunoassay and radiodiagnosis. For the study of brain disorders a proton emission tomography known as PET is used. The energy that is in the core of natural elements such as uranium is used to produce large amounts of heat used to produce electricity in the most developed countries of the world.

The benefits that we obtain thanks to isotopes are many because they are widely used in the area of agriculture , they help human beings to treat and cure dangerous diseases , they intervene in chemical processes within industries and in different activities of daily life. They help preserve food, intervene in photosynthesis processes and help diagnose medical pathologies.

The main risk of isotopes, mainly radioactive ones , is their inhalation or ingestion. When this happens, it can affect DNA , protein production and increase the risk of diseases and cancers. The effects of radiation will always depend on the amount that enters the body.

If we talk about the environment, the use of atomic bombs is disastrous. Isotopes are capable of entering the biogeochemical cycle and staying there for thousands of years producing a large number of medical disorders . The thermal pollution and the atmosphere reduces the life of animals increases the radioactivity of the inhabitants of the earth and contaminate human food.

Isotopes are very important due to the use they are given, for example, in the area of medicine , to find the origin of some atoms after a chemical reaction, to determine the age of certain things, and in the area from nuclear physics , they are used in fission and fusion to produce clean energy.

Some examples of isotopes are: