Law of conservation of matter

To talk and describe important aspects of the law of conservation of matter, it is very important to remember what the term matter means . We understand matter as everything that occupies a place in space which can be perceived or measured by means of different methods. In modern physics, matter includes any entity, field, or discontinuity that translates into a perceptible phenomenon that has continuity through space-time , that has a speed that is equal to or less than the speed of light, and that can be associated with a certain energy . 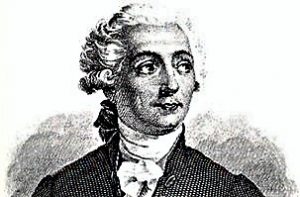 What is the law of conservation of matter?

What does the conservation law consist of?

The law that was later modified by Einstein into the law of conservation of mass energy consists of a description of the fact that the total mass and the energy in a system remain constant . This amendment incorporates the fact that mass and energy can be converted from one to the other. However, the law of conservation of mass is still a useful concept in chemistry , since the energy produced or consumed in a typical chemical reaction represents a minimal amount of mass .

In the year 1745, Mikhail Lomonosov was the one who enunciated the law of the conservation of matter and he did it in the following way: he said that in an ordinary chemical reaction where the mass remains unchanged, in other words that the mass that is present in the reactants is equal to the mass present in the products. In that same year, and completely independently, the chemist Antoine Lavoisier proposed that “matter is neither created nor destroyed, it only transforms . ” This is the reason why the conservation of matter is known as law Lavoisier-Lomonósov .

The ancient Greeks first proposed the idea that the total amount of matter in the universe is constant. However, it was Antoine Lavoisier who described the law of conservation of mass or the principle of conservation of mass / matter as a fundamental principle of physics in the year 1789 . This fundamental principle is considered to have been postulated by two scientists simultaneously and independently: the Russian Mikhail Lomonosov in 1748 and the French Antoine Lavoisier in 1785.

Statement of the conservation law

Some important contributions of Lavoisier were the following:

The formula used for the law of conservation of matter is the following:

To check the law we will need a commercial bag of popcorn , its mass must be measured with a scale . Then place them in the microwave and when they are ready, their mass is measured again with the packaging closed . The mass before and after said experiment must be the same, this because a physical and chemical change occurred within our system .

A bottle is filled with two or three fingers of vinegar . A large spoonful of sodium bicarbonate is placed in a balloon without air and the mouth of the balloon is tied with the spout of the bottle, without the content falling inside. Everything is taken to the balance and weighed. Then, we lift the balloon in such a way that the bicarbonate falls inside and we wait for it to join with the vinegar and fizz . We weigh again and compare with the previous weight. In the second weighing, the bicarbonate is apparently gone, but the weight is exactly the same .

The applications of the law of conservation of matter can be observed for example when we prepare a fruit juice , when cement for a house is prepared , when the photosynthesis process occurs , in the oxidation of a fruit, when preparing salad of fruits, etc.

The law of conservation of matter is of fundamental importance, since it allows us to extract specific components from a certain type of raw material without having to discard the rest; It is also important, because it allows us to obtain pure elements, which we could not achieve if matter were destroyed.

Some examples of the law of conservation of matter are:

What is a glycosidic bond?