The  law of definite proportions or Proust’s law is one of the most fundamental laws of chemistry and was enunciated in 1801 as an answer to the way in which two or more elements are combined. The creation of this law was based on experiments that were conducted at the beginning of the nineteenth century and the law arises when two or more elements are combined to form a particular compound do by a ratio in invariable weight . 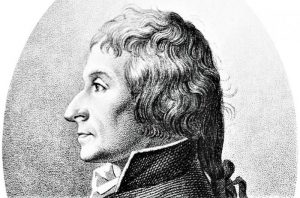 What is the law of definite proportions?

It is one of the laws stoichiometric tells us that when given combination of two or more elements to form a new compound , they always do in a relationship of mass that is completely constant .

What is the law of definite proportions

It is known as the law of constant proportions or law of definite proportions and consists of a stoichiometry law that was enunciated in the year 1799 . This law states that when two or more elements are combined to achieve a certain compound they will always combine in a constant mass ratio . Proust’s law was studied and approved in detail and later it was extended and applied to any type of chemical reaction .

Proust’s law was developed by the French scientist, pharmacist, and chemist, Proust . Most of his research career was carried out in Spain . He was director of the Real Madrid Laboratory, where he determined that the combination of elements occurs in a constant weight ratio, regardless of the process that has been carried out to make the compound.

Proust’s law contradicted the conclusions that the French chemist Claude Louis Berthollet had previously drawn regarding combinations who defended in his theory that the proportions of combination of the elements that occur in a compound depended on the conditions of their synthesis. In 1811, the Swedish chemist Jöns Jacob Berzelius affirmed Proust’s proposal, which in the end was accepted by most of the scientists of the time.

All those compounds that comply with the law of defined proportions are called “colorblind” in honor of John Dalton, who was in charge of introducing Proust’s law in his atomic theory when he established that compounds are born from the union of atoms of different elements in a simple number relationship .

This law was proposed by the French pharmacist and chemist named Louis Proust based on experiments he conducted in the early 19th century.

Statement of the law of definite proportions

The statement of the law of definite proportions says in its statement that “when several substances unite to form a compound, they always do so in a constant mass ratio . ” In other words, the law of proportions explains that in a certain reaction, the reactants are always going to combine in the same percentage by weight, regardless of whether the quantity is large or small.

Applications of the law of definite proportions

The law of defined proportions is a law that can be applied in obtaining the centesimal composition of a compound , in other words, the percentage by weight that each of the elements that exists within a molecule represents .

The law is important because it showed that elements when combined to form compounds do so using defined proportions of weight .

It is assumed that 1 mole of each substance reacts:

Simplifying, we obtain that 1 mass unit of H 2 reacts for every 8 mass units of O 2 . Therefore, the reactants H 2 and O 2 always react in the proportion 1 to 8.

Another example can be seen if in the previous reaction we have 25 grams of H 2 and 300 grams of O 2 . According to the law, the element that is in excess and the amount that is going to be left can be calculated:

To calculate the excess quantity, we only have to multiply the 25 g of H 2 that we have by the proportion of 8 O 2 :

What is potassium sulfate?