The principle of Le Chatelier is an observation that is performed on the chemical equilibria occurring in the different reactions . This principle states that changes in the temperature, pressure, volume or concentration of a system will result in changes that can be predictable and opposite in the system to achieve a new state of equilibrium . Le Châtelier’s principle can be used in practice to understand the reaction conditions that will favor further product formation. This idea was discovered and independently formulated byHenri Louis Le Chatelier and Karl Ferdinand Braun, in the year 1888 . 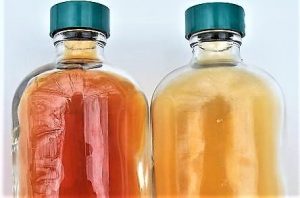 It is a principle that, if a system of balance is subjected to a given change in the conditions , it will move to a new position to counteract the effect caused their displacement and to recover the balance .

What is the principle of Le Châtelier?

Le Châtelier’s principle consists of a principle that tells us that a state of chemical equilibrium is maintained in the same way as long as the conditions of the system are not altered . When any modification of a parameter is made, such as pressure , temperature or the concentration of some of its parts, it then moves in a certain direction either towards the reactants or towards the products in order to achieve a new state of equilibrium .

The principle also tells us that when a reaction that is in equilibrium suffers from an alteration in its conditions , the proportions of the reactants and products are adjusted in such a way as to minimize the effect produced by the alteration . The principle takes into account the effects on concentration when the variations that occur in the concentrations of species that participate in the chemical balance can alter the species. Le Châtelier’s principle explains this situation taking into account that, for a system that is in chemical equilibrium, the variation of theconcentration of one of the components constitutes itself a force.

The principle of Le Châtelier, a principle that was postulated in 1884 by Henri-Louis Le Châtelier , an important French industrial chemist , states that:

In its statement, the word disturbance refers to changes in concentration , pressure , volume or temperature that can cause an alteration in the equilibrium state of a system. Le Châtelier’s principle is used to be able to assess the effects of these changes.

For the formulation of the principle, Le Châtelier made reference to two important works that had already been carried out previously, one of them spoke of systems that are in equilibrium due to changes in temperature and the other related to pressure and pressure. concentration . Châtelier showed that with his statement he was looking for a way to include chemical phenomena that could be reversible and formulated his principle inductively , without yet having any kind of theoretical proof to support his theory.

Applications of the Le Châtelier principle

This principle is applied mainly in industrial processes , since in them it is necessary to know the conditions that favor the displacement of the balance to be able to form a product in an adequate way to achieve the highest performance in the process.

It is also applied in the Haber process, which is a higher chemical equation which corresponds to the formation of ammonia , one of the compounds that is produced on large industrial scales where the ideal conditions for obtaining NH3 are those in the that the temperature is not too high and where there should be high levels of pressure. The nature also uses the principle of Le Chatelier to coat of stalactites cavernous ceilings.

Some examples of the use of the Le Châtelier principle are: in organic synthesis , in the production of liquefied gases , in the transport of oxygen to the body, in the homeostatic balance of the body and in the process of photosynthesis .