The term leaching is a word that comes from the Latin language ” Leaching, -ae “ , a word that is a feminine noun and that has the meaning of bleach . The Romans used this term to refer to the different juices that the grapes distill before they were stepped on, or the olives before grinding them. Over time, and nowadays, the term leaching is used to refer to the washing that is done to a substance that has been pulverizedwith the aim of being able to extract all its parts that are soluble . It is a mechanism with which extreme care must be taken, as it causes poisoning by cyanide components and the large amount of water that is used. 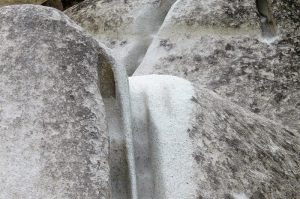 Leaching is a process by means of which a liquid solvent manages to come into contact with a solid that is pulverized, thus producing the dissolution of one of the components that said solid has.

Leaching consists of a hydrometallurgical process by means of which it is possible to provoke the dissolution of a certain element from the mineral that contains it so that it can then be recovered in later stages through electrolysis .

There are two types of leaching which are the following:

This type is the one that produces the displacement of soluble or dispersible substances and is a very characteristic process of humid climates . The process causes the upper parts of the soil to lose nutrient compounds , as they are washed away by the water causing the soils to become more acidic , and in some cases producing toxicity . Due to this type of natural leaching, large losses of fertilizers and nutritive compounds occur .

When the climate is humid , this same condition causes the vegetation to function as a protective layer against leaching, but when man destroys this forest layer , the process is altered and nutrients are no longer retained. The use of very high acid fertilizers , excessive watering, and crops that retain many nutrients from the soil also affect the process.

It is a process by means of which one or more solutes are extracted from a solid , through the use of a liquid solvent . Both phases come into intimate contact and the solute or solutes can diffuse from the solid to the liquid phase, which causes a separation of the original components that the solid has.

Leaching is a hydrometallurgical process , which consists of obtaining copper found in oxidized minerals , which are separated by means of the application of a solution of sulfuric acid and water . The threads that are carried out in the leaching are:

There are many applications in which leaching can be found, among them we mention:

Through leaching, one or more oluts can be extracted from a solid , using a liquid solvent . The phases come into contact, the solute can diffuse from the solid to the liquid phase, producing a separation of the original components of the solid. It is widely used in metallurgy in the extraction of some minerals such as gold, silver and copper. It can also be used in Pharmaceutical Technology .

In ecology, it indicates the displacement towards rivers and seas of waste and excrement , of pollutants such as fertilizers. It is considered as a phenomenon of nutrient displacement, caused in turn by anthropogenic deforestation .

It is observed in the process of washing a land or geological layer by water . It can also be caused by acid plaques found in salts that dissolve almost any solid material.

It can be seen in irrigation systems, when it is done with water with a high saline content , more water is dosed for the plants, with the aim of percolating this water towards the drains , thus avoiding the accumulation of salts in the land, which it is negative for plants. When it is supplementation irrigation , where there is reasonable annual rainfall, the leaching process of agricultural soils occurs naturally while it rains.

It is a process used in metallurgy , to work oxidized minerals . The leaching of copper sulphide ores is carried out by means of bacterial leaching.

Microorganisms assisted leaching occurs , which function as catalysts. Bioleaching is a technique used to recover metals such as copper, silver and gold. This last application is also known as biohydrometallurgy .

In industry, the process is used to prepare potions , for which the drug, which is usually a medicinal plant, is taken and then pulverized by mixing it with alcohol , placed in a leach and left to macerate for as long as necessary. It is also seen in the treatment of concentrated minerals and other metal- containing materials . Leaching is done using an acid wet process that dissolves soluble minerals . Of practical use in mining through the cyanidation of gold and other minerals.

Some examples of leaching are as follows:

What is nucleic acid?