Limestone A Type of Rocks:

Limestone type of rock is listed here in this article first we have to go through what is limestone its types and history and its uses. Now we discuss them one by one. 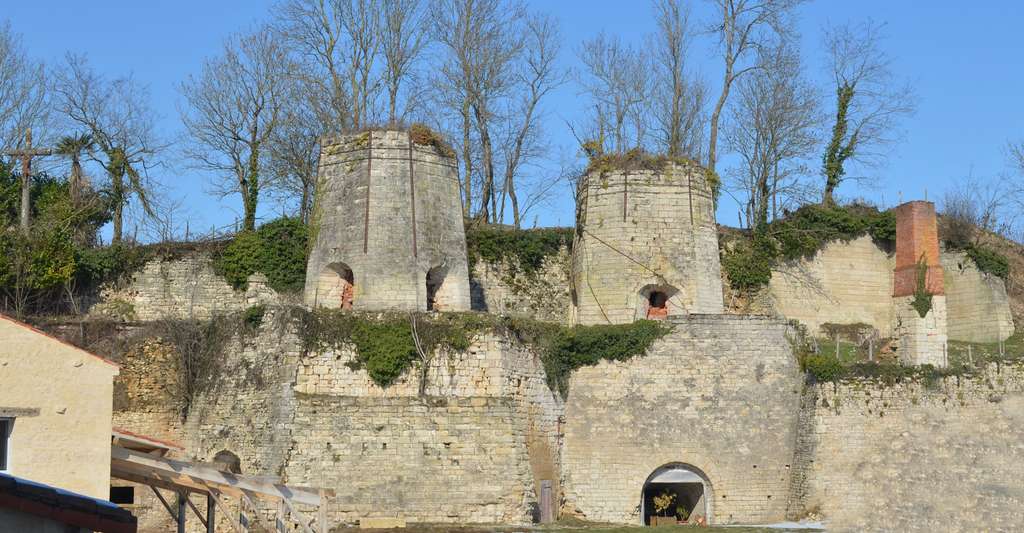 The calcined limestone (limestone) has a particle size between 5-10 and 250 mm. The “fines” that could clog the ovens are sold as limestone. It takes on average 3.5 tons of limestone extracted to produce a ton of lime. The cost of fuel represents 40% of the cost price of the lime produced. This calcination is an important source of CO 2. 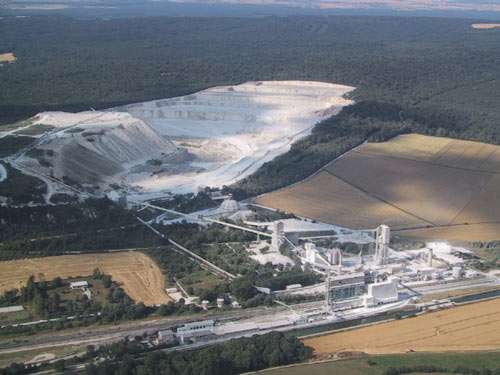 The ovens are still located near the limestone quarries. A significant part of the production is done directly by the user industries such as sugar factories, paper mills, and some iron factories.

These integrated productions are not taken into account by the statistics of the profession. Hydroxide (slaked lime) is obtained by adding water to quicklime in 8 to 20 t / h hydrates.

The amount of water added is adjusted to obtain the slaked lime in the form of a dry powder. Per tonne of CaO requires 0.3 m 3 of water for hydration and 0.3 to 0.4 m 3 is evacuated to steam. The temperature reached is 110 ° C.

Used in construction, all these lime called aerial lime are made by re carbonation with the CO 2 of the air according to the diagram below.

Obtained from limestone containing from 15 to 20% clay, which upon calcination yields silicates and aluminates of calcium being taken by hydration according to the same reactions as the taking of a cement.

In trading, these NHL lime are followed by an index of 2 or 3.5 or even 5. This is the strength index, for example, 3.5 corresponds to 3.5 MPa / cm 2 after 28 days, if we increase the amount of lime, we get something harder.

NHL-Z lime is lime to which pozzolan elements have been added, namely volcanic ash up to 20%. These elements give hydraulicity to lime, that is to say, it allows it to better take in a humid environment or even in water.

The Romans invented hydraulic lime by adding crushed tiles or crushed bricks that replace pozzolana. These lime are water repellent and are to be avoided in the old building, they make the walls impermeable and thus block the ventilation necessary for the ventilation of an old wall.

Hydraulic lime takes faster than aerial lime but it does not carbonate faster! Carbonation occurs naturally at the rate of 1 cm thick per year!

Pure limestones are rare. They are most often mixed with marls and clays rich in chemical elements such as iron, aluminum, and especially silica. Between 800 and 1,500 ° C, limestone calcium combines with these elements and forms calcium silicates, but also aluminates and calcium Ferro aluminates.

By contact with water, these bodies will form insoluble hydrates which give the binder a hydraulic character. The proportions of alumina and iron are very weak (in white binders, iron contents are less than 0.1 or 0.2%). The hydraulic setting phenomenon is therefore essentially due to the reaction between CaO and silicates.

Thereafter, in contact with moist air, lime and hydrates thus formed will carbonating (with the gas carbon dioxide from the air) to give the calcium carbonate and the source of silica. This reaction takes several months: it is the aerial part of the catch. 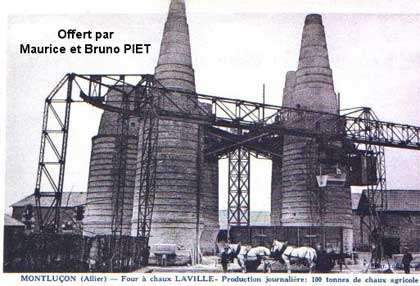 A bit of history About Lime

”  By making lime their original building material, the Romans invented modern architecture. Now, very curiously, nowadays lime, in the public mind, is only associated with ancient architecture, certainly, but with a rural and approximate character; lime is a material reserved for rustic coatings or archaic binder equivalent to clay, a whole element of the picturesque vernacular forgetting that the Pantheon of Rome or cathedrals Gothic people owe nothing to lime the possibility of their exploits.

And this is, indeed, the demonstration of the universality of this unusual material, that the modern era has developed and transformed into the cement of various compositions, able to meet the multiple needs of architecture, since its function of “glue” and distribution of pressure between the stones to the binder constituting the concrete and coated with a seal, without forgetting the painted plaster and stucco.

These are the words of Jean-Pierre Adam (CNRS), Institute for Research on Ancient Architecture and we would do well to remember the century of ecology!

Here is an extract from a contract of association for the exploitation of a lime kiln from 1575.

We can clearly see the importance of this material and the care that was brought to its exploitation, precious for the life of the entire community of the time. 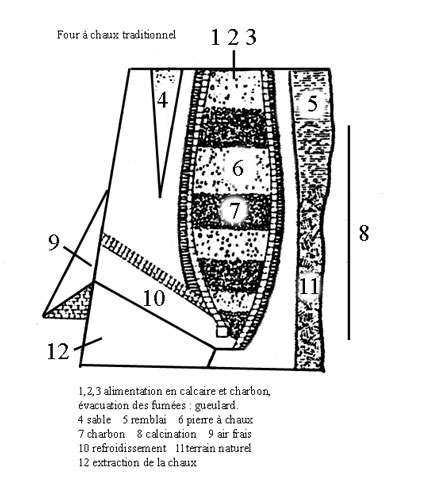 Operating diagram of the lime kiln.

How was this lime made, practically?

In an oven a few feet high, the layers of limestone and coal were alternating, so the two had to be close together, otherwise, the costs would go up.

It was also necessary to keep the oven warm all the time by adding enough lime and fuel, and from the top where often there are ramps, still usable, which allowed the horses and carts to reach the mouth of the furnace.

It is only much more recently that the treadmill replaces this incessant merry-go-round Some of these ovens are magnificent constructions and could be part of our industrial heritage. 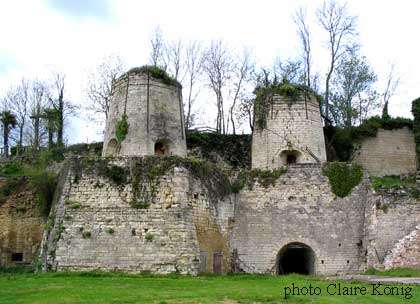 The uses of lime

An all-natural product, known for a long time, lime is experiencing a renewed interest in the building but has always had a large number of uses. The iron and steel industry, water treatment, agriculture, and the building use aerial lime. Natural hydraulic lime, since its origin, is mainly used in building and soil treatment in place.

Natural hydraulic lime has been used for millennia in the building. Its unique properties make it a very suitable binder for all stages of construction: it is used in mortars to prepare the foundation of a building, masonry assembly, laying of tiles, smooth walls, and the fixing of the covers.

Because of its hydraulicity, it performs faster than aerial lime and its mechanical strengths are superior. In manual or mechanical applications, it is also very easy to work, making it available to a larger number of users.

Its ability to adapt to all-natural materials makes it a perfectly designed product, yesterday as today, to build sustainably.

3. Lime in the decoration

Masons and decorators today use lime more and more for exterior and interior decoration of old and modern buildings. The consistent white color of natural hydraulic lime enhances local sands and natural soils for the application of colored facings and plaster. It insulates and protects homes and adapts more than artificial binders to the movements of building walls. 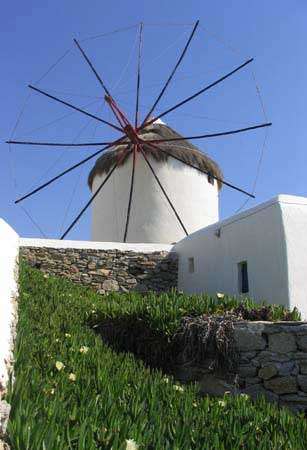 The tadelakt is a plaster smooth and impermeable lime that may be used both indoors and outdoors. This is the traditional coating of hammams and bathrooms roads and palaces of Morocco.

It has the distinction of being “ironed” with a river pebble and being treated with black soap: its tightness makes it possible to make bathtubs and washbasins. In Arabic, tadelakt means caressing and massaging.

The plaster is patiently “caressed” with a hard stone pebble and then “massaged” with black soap. Its hardiness of manufacture, and its impure minerality, added to the process of application:

shoeing with the pebble and penetration of the black soap during the carbonation of the surface for several days, contribute to giving the tadelakt its beauty, its touch, and its impermeability. There are also all kinds of facades, including those famous Italian facades. 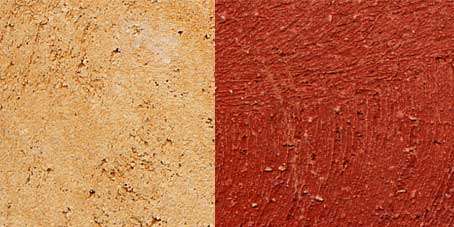 Natural hydraulic lime is now widely used by public works and road construction professionals. Implementation by spreading modifies the physical and chemical characteristics of the soil in place.

It facilitates the work of machines in rainy weather or in areas with excessive humidity by lowering the water content of the soil and flocculating the clays.

It thus makes it possible to improve the bearing capacity of the soil in place, to facilitate their work and the subsequent laying of an asphalt mixture. Its beneficial action persists over time. Natural hydraulic lime slows the aging of coatings. It is therefore highly recommended in the treatment of soil in place.

Some binders “lime base”, can also intervene in the treatment because of their strong hydraulicity which gives them superior mechanical resistance.

Agricultural lime is used to improve the physical structure of the soil by reducing surface crust formation, increasing water retention, and reducing soil erosion. Liming helps crops tolerate drought or moisture by increasing root penetration and percolation of water through the soil.

The use of agricultural lime to adjust the pH of the soil can reduce the levels of toxicity of manganese, iron, and aluminum. Manganese and iron are toxic to plants in low pH soils. The solubility of aluminum increases with decreasing soil pH.

High levels of aluminum can restrict the development of roots and plants. In addition to previous uses, it has been shown that agricultural lime increases the assimilability of nutrients by plants and, naturally, adds calcium to the soil. 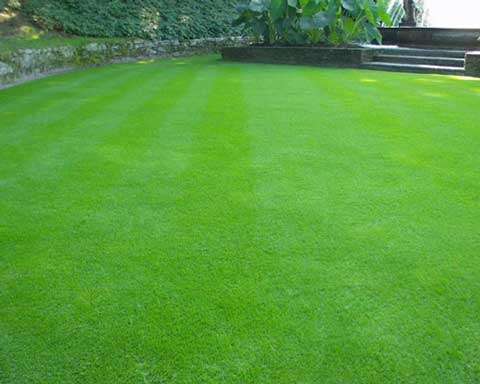 Lime is also used for lawns.

Liming is necessary for a lawn, for:

There are two sugar factories on Reunion Island, the Bois Rouge plant and the Gol plant, Reunion’s agriculture is mainly based on sugar cane, which covers about 25,600 ha, or 50% of cultivatable soil. The annual production amounts to about 200,000 tons. 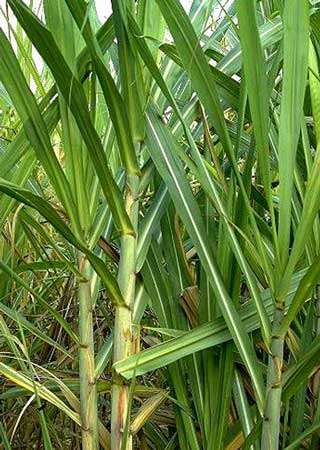 The sugar cane is harvested by the cane cutters, often by hand with the sword, it is delivered, by tractors that replace “charret’buf” on the reception centers of the island, where it is loaded by semi-trailers called ” sperm whales ” to be transported to the sugar refinery.

Arriving at the factory, the cane is deflowered by the shredder. The cane is ground in roller mills that collect the juice (or vesou). The remaining fiber called bagasse which still contains 55% water and 1% sugar, is sent to the thermal power station to produce energy.

After sieving, the juice is mixed with milk of lime and heated to 105 ° C, which coagulates the contents undesirable suspended and to make the deposit. The sludge is filtered and dried and used as fertilizer.

The clear juice is concentrated: we get the syrup. The purpose of crystallization is to produce sugar crystals. The remaining liquor, which still contains sugar, will be re-crystallized until the sugar content is no longer recoverable. The final liquor, called molasses, will be distilled for making rum. The still wet sugar is dried and cooled.

The cane-sugar sector represents the first source of export income after tourism. It is also the first agri-food industry on the island. It contributes to the income of more than 15,000 families. 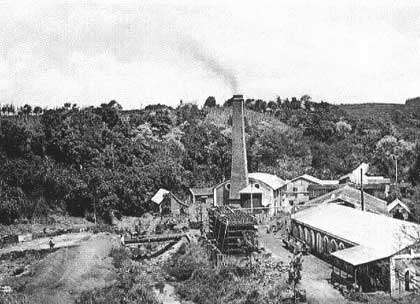 Today, one hectare produces an average of eight tonnes of sugar. Thanks to bagasse-coal thermal power plants, 45% of the electricity needs are covered by the cane.

NaOH is a strong base?

What is nuclear fission?

Which are Weak Acids and Their Examples?

How does I graph Charles law graph?

What is the history of acids, bases & salts?