Low hemoglobin causes and treatment are discussed here in this article.Hemoglobin is a protein found in red blood cells, which gives it a red color, in addition to being responsible for transporting oxygen from the lungs to the rest of the body, and transferring carbon dioxide out from the cells to the lungs, to be expelled with exhalation. Its low level leads to anemia, which causes symptoms such as fatigue and breathing disorder. In men, hemoglobin levels are naturally between 14 and 17.5 g / dl, and women have between 12.3 and 15.3 g / dl. According to the Mayo Clinic Foundation definition, a low hemoglobin level is less than 13.5 g / dl in men and 12 g / dl in women. The decrease may occur for several reasons, including:

The level of hemoglobin in some people decreases naturally without a causative agent, and its level may decrease in some without any symptoms.

Your doctor may order a blood test to check your hemoglobin level, and the type and number of blood tests required depend on the suspected anemia pattern.

It is a blood defect that occurs due to an insufficient amount of hemoglobin in the blood. It has several patterns, and the health problems causing it range from simple to severe. It may be caused by one of the following factors:

Iron plays a key role in the production of hemoglobin, as it binds to a protein called transferrin, which transports it throughout the body, helping to manufacture red blood cells. Not getting enough iron causes its level in the body to decrease, which is the most common cause of anemia, and the condition is known as iron deficiency anemia. The following factors may reduce the body’s iron stores:

Iron deficiency anemia may develop in anyone, but the following groups of people are most vulnerable:

In addition to iron, the body uses folate (and vitamin B) to produce heme, the part that contains hemoglobin in red blood cells. If folate levels are insufficient, red blood cells cannot mature, which leads to anemia caused by a folate deficiency, and a decrease Hemoglobin levels. 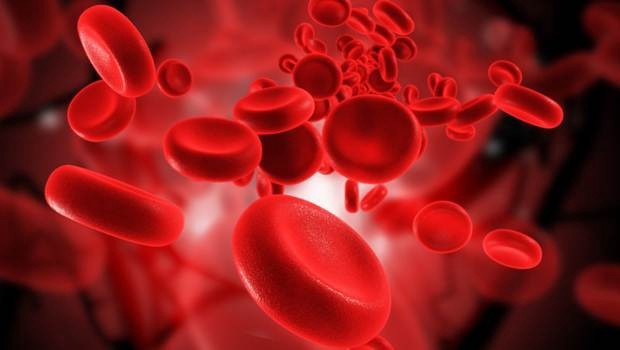 Common symptoms of different types of anemia include:

Iron deficiency anemia is treated with an increased iron intake of the patient, either by taking it as a dietary supplement or by eating iron-rich foods, which is the first step to treat the patient with a low hemoglobin level.

Iron is found in animal sources of food (meat and fish), and vegetarian (vegetables and iron-fortified foods such as breakfast cereals), and the following items are specifically from iron-rich sources:

Patients may need to take iron supplements orally to increase hemoglobin level. However, large amounts of iron may cause iron hoarding or hemochromatosis, which may lead to liver diseases such as cirrhosis, as well as other side effects such as constipation, vomiting, and nausea, so you should see a doctor to determine the safe dose.

It is recommended that the daily iron dose be at least 8 mg daily for men, 18 mg for women, and 27 mg if pregnant.

Depending on the condition causing the hemoglobin decrease, the patient should notice an improvement in their iron level approximately one to one month.

Iron supplements should be kept out of children’s reach, and if a child needs them, be sure to choose safe supplements, because the blood volume in children is lower than in adults, which makes them more vulnerable to iron poisoning. The doctor should be contacted immediately if the child accidentally ingested iron tablets.

Given the importance of folate for the maturation of red blood cells, care should be taken to eat foods rich in folate to maintain the level of hemoglobin, including:

With the increased intake of iron, whether through food or supplements, it must be checked that the body can absorb it. As some factors may increase or decrease the absorption of iron.

Foods or supplements rich in vitamin C must be taken with foods rich in iron or iron supplements, as vitamin C helps increase the absorption of iron. It is helpful to squeeze a little fresh lemon over iron-rich foods to increase its absorption.

Foods rich in vitamin C include:

Vitamin A and beta-carotene also help increase iron absorption. Vitamin A can be obtained from animal sources, such as fish and liver. Beta-carotene is often found in red, yellow and orange fruits, in addition to some vegetables such as:

You can take vitamin A supplements, while adhering to the safe dose, according to the doctor’s instructions, as excessive amounts may lead to a serious condition called hypervitamin A.

Calcium, whether it comes from food or supplements, may hinder iron absorption, so you should avoid taking calcium supplements or foods rich in it with iron supplements.

Calcium or phytic acid should not be completely excluded from the diet as it is an essential nutrient.

When should I see a doctor?

In some cases, a diet or supplement may not be enough to treat a low hemoglobin level, so you should contact your doctor when observing any of the following symptoms while trying to raise the level of hemoglobin:

Several measures can be taken to raise the level of hemoglobin, by changing the diet or taking supplements, and in the meantime, you should contact the doctor constantly.

Patients may need additional treatment such as iron transport, especially in pregnancy or chronic health conditions.

The hemoglobin level rises after a few weeks to about a year, depending on the causative factor and the change the patient has made.

You must read it also :

How to increase hemoglobin?

What are mushrooms and its health benefits?

What is the classification of viruses?

Why is excessive salt bad for you?

How many times you can donate blood?