The atoms are the components basic of matter around us, this without taking into account the characteristics that have a body. Although they can be found in all bodies, there are also many kinds of atoms, which can be distinguished from each other thanks to the subatomic particles they have. The mass number , often represented by the symbol A , is the total number of nucleons or neutrons and protons found in the nucleus.of an atom. All the atoms of a chemical element have the same atomic number or number of protons in the nucleus, but they can have different mass numbers. Atoms of an element with the same mass number form the element’s isotope . Different isotopes of the same element cannot have the same mass number, but isotopes of different elements often have the same mass number. 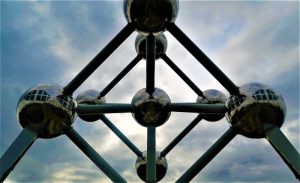 What is the mass number?

The mass number is the one that indicates the total number of particles that a nucleus has, this means that it is the total sum of the number of protons and neutrons in a nucleus and is represented by the letter A.

What is the mass number

It is important to remember that subatomic particles are made up of the protons and neutrons that are present in the nucleus and that the electrons that are rotating around the nucleus are responsible for determining the different properties that atoms have.

The mass number or mass number as it is also known, is an integer that corresponds to the sum of the number of protons and the number of neutrons that are located in the nucleus of an atom. It is represented by the letter A and is indicated as a quantity written in super index to the left of the element’s chemical symbol.

The mass number is generally a greater quantity than the atomic number has , this is because the neutrons that are in the nucleus can give it the cohesion that is needed to be able to overcome the union that occurs between the protons .

This type of number also works as an indication for the different isotopes that are present within an element, this happens because the number of protons will always be the same for all the atoms that an element has.

In addition to representing the sum of the protons and neutrons in an atom, the mass number also indicates the different types of isotopes that a chemical element has. Given that the number of protons is the same in all the atoms that the elements have, only the mass number, which includes the number of neutrons in the nucleus, is able to tell us which isotope of the element is. The mass number is indicated by a superscript located to the left of its symbol, above the atomic number .

How the mass number is calculated

The mass number can be calculated as follows:

What is chemical hybridization?