A fluid is said to be Newtonian if its viscosity , which is the measure or ability of a fluid to resist flow , only varies as a response to changes in temperature or pressure . A Newtonian fluid will take the shape of its container. Under conditions of constant temperature and pressure, the viscosity of a Newtonian fluid is the constant of proportionality , or the relationship between the shear stress that is formed in the fluid to resist flow and the shear rate applied to the fluid to induce it; the viscosity is the same for all speedsshear applied to the fluid. Water, sugar solutions, glycerin, silicone oils, light hydrocarbons, air, and other gases are all examples of Newtonian fluids. Most drilling fluids are non-Newtonian fluids. 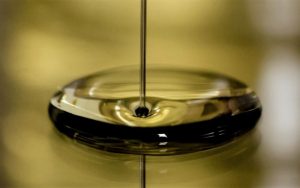 What is the Newtonian fluid?

The Newtonian fluid is a fluid that has a viscosity that can be considered constant over time with a curve that shows the relationship between the stress versus the strain rate is linear .

The main characteristics of the Newtonian fluid are the following:

Newtonian fluids can be classified depending on the relationship between the stress shear applied to the flow and speed of deformation resulting from this effort. The fluids in which the stress is shear are directly proportional to the strain rate, and are called Newtonian fluids.

The study carried out with respect to the different types of viscosity of liquids is based on studying the different velocity profiles that are generated under certain types of conditions, always considering first the Newtonian idea, in which viscosity is a constant that it will depend mainly on the temperature and to a lesser extent it will depend on the pressure .

There are a large number of fluids that have the necessary characteristics to be considered a Newtonian fluid , in addition to behaving like a Newtonian fluid under normal conditions of pressure and temperature . Among them we can mention the following:

SAE 30 oil, which is an engine oil and transition is used at usually in cars.

All those foods that show ideal flow characteristics , some of them of great physiological importance, such is the case of water , milk of any type of animal that can produce it, and drinks that are taken as refreshing .

All those solutions that are made with sugars , therefore, all types of drink carbonated drinks, alcoholic not containing long chain molecules, the syrups of corn and some honeys fall into this classification.