The noble gases are a group of source elements chemical having a series of very similar properties. Under normal conditions, gases are monoatomic , odorless and colorless and have a chemical reactivity very low. They are in group 18 of the periodic table. Noble gases are very stable chemicals which do not react easily with other chemicals and are not flammable.. Many are normally found in the air. This means, for example, that we breathe small amounts of noble gases every day. Although these gases are not very toxic, when we find them in very large quantities they can cause harm to humans. Noble gases are highly asphyxiating. Asphyxiating gases replace the oxygen in the air so that less oxygen is left to breathe. Without oxygen, a person can die. The seven gases are helium (He), neon (Ne), argon (Ar), krypton (Kr), xenon (Xe), the radioactive radon (Rn), and the synthetic oganeson (Og). 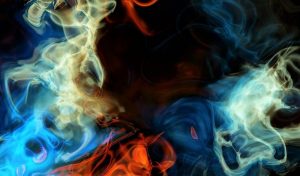 The noble gases are a group of chemicals that have properties very similar which under normal conditions are monoatomic, odorless , colorless and have a chemical reactivity extremely low. They are in group 18 of the periodic table. They are also chemically inert and do not react to other chemical elements, hence their name.

The word noble gas is a translation derived from the German Edelgas, and was used for the first time in 1898 by Hugo Erdmann , who used the word to indicate the low level of reactivity of these gases. This name makes an analogy to the phrase ” noble metals “, such as, for example, gold, which is associated with wealth and nobility. Pierre Janssen and Joseph Norman Lockyer were the first to discover a noble gas on August 18, 1868 when they were studying the chromosphere of the sun, so they called it heliumWell the Greek word for the sun. His discovery helped scientists to have a better understanding of the atomic structure. In 1895, the French chemist Heri Moissan tried without positive results to produce a reaction between fluorine , the most electronegative element that exists, and argon, one of the noble gases, in order to isolate from the atmosphere those gases characterized by their extraordinary chemical inertness , starting with the one in greater relative abundance, and to create new elements or compounds, however this was impossible, but they collaborated to develop different and new theories regarding the atomic structure of the elements. In 1962, Neil Bartlett discovered the first chemical compound of a noble gas, xenon hexafluoroplatinate.

They are monatomic gases , which means that they have a single atom, they have no odor because they are completely odorless , they have no color and they have very low chemical reactivity . They are located in group 18 (8A) of the periodic table of elements, which was previously known as group 0. They have 8 electrons in the last energy level. They are not reactive and they are all non-metals . Noble gases have complete “s” and “p” electron shells which make them very stable elements. They do not need to increase or decrease their number of electrons to increase their stability like other elements. Your points ofboiling of fusion are low.

Uses and applications of noble gases

The Noble Gases are the following:

What is the vitreous state?