Many people have heard of Isaac Newton at some point . This famous scientist was characterized by developing many scientific theories in the area of ​​mathematics and physics. Isaac Newton described how normal liquids or fluids behave and also made a series of observations of flows that have a constant viscosity or flow . This means that the flow or viscosity behavior only changes with changes in temperature or pressure . Normally, liquids take the shape of the containerwhere they are poured are known as Newtonian fluids or normal liquids . But not all the fluids we observe follow this rule. We call these then strange liquids or non-Newtonian fluids . 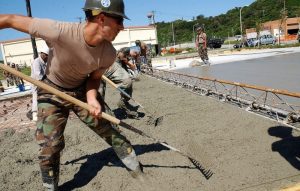 What is a non-Newtonian fluid?

A non-Newtonian fluid is a substance of homogeneous composition that undergoes continuous deformations in the time in which a stress or force is applied to it , regardless of the magnitude of it, it is a substance that does not have its own shape and that adopts that of the container that contains it.

Non – Newtonian fluids change their viscosity or behavior of flow when it is under some kind of stress . If a force is applied to those fluids, for example if you hit them, shake them or if you jump on them, the sudden application of this type of force or stress can cause them to thicken and act like a solid , or in some cases results in the opposite behavior and they may become faster than they were before. As soon as the stress on them is removed, the fluids will return to their previous state .

The main characteristics of a non-Newtonian fluid are as follows.

The use of non-Newtonian fluids has been proposed to fill the potholes that we can find in the roads and thus achieve a partial solution to the problem. This is because these substances have the peculiarity and ability to vary their viscosity depending on the different conditions to which they are exposed, such as temperature or the stress to which they are subjected. One of the advantages of this idea is that it can be fast acting to cover the potholes, since the fluid must simply be emptied into the hole to cover it.

The kevlar has been the main choice to create bulletproof vests over recent decades, but that may come to an end, as it has been shown that this protection would have more effect if done with non – Newtonian fluids to bulletproof . This happens because non-Newtonian fluids have the amazing ability to change their viscosity depending on the surface tension applied to them.

Non-Newtonian fluids independent of time : This type of non-Newtonian fluid is subdivided into two groups: those with a threshold and those without a threshold . When we speak of threshold, we refer to the minimum need for a value of shear stress that these fluids have to achieve movement, therefore, it has a viscosity that does not vary with time at any shear stress. Non – Newtonian fluids effortlessly threshold are divided into several groups: the pseudoplasticwhich are characterized by presenting a viscosity that decreases with increasing deformation speed so that its shear stress will also be affected; the dilatants that are the suspensions in which the viscosity increases with the increase of the speed that they have of deformation by the effort. Non-Newtonian fluids with threshold stress can also be of different classes, for example ideal plastics that are mainly characterized by remaining in a rigid or solid form until the strain stress is exceeded. We also find thixotropic and rheopectic fluids .

The viscosity of non-Newtonian fluids is the type of viscosity that can vary with temperature and pressure , but does not do so by varying speed.

In non-Newtonian fluids, the temperature is responsible for making variations in the viscosity of the fluids.

How to make a non-Newtonian fluid

A simple example to do and that is not toxic can be done when we add a cup of cornstarch to a cup of water . The cornstarch should be added little by little in the water, in small proportions and mix slowly . It is when the mixture approaches the typical critical concentration of a non-Newtonian fluid that the properties of this fluid become apparent. Applying a force by means of a spoon causes the fluid to behave more like a solid than a liquid . If left at rest it recovers its behavior as a liquid.

What is chemical periodicity?

What are unsaturated hydrocarbons?