To talk about organic compounds it is necessary to talk about chemical compounds which are the result of a combination of two or more elements following certain rules and proportions. There are many types of chemical compounds and in order to study them they are divided into different groups, among them we find organic ones such as proteins , nucleic acids and fats . 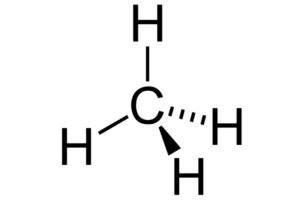 An organic compound is a chemical that is composed of a carbon and a hydrogen in the molecule and that has bonds that can be carbon-carbon, carbon-nitrogen, or carbon-hydrogen.

Among its main features are the following:

There are several types of organic compounds among which we mention:

Among its physical properties we can mention that this type of compound can be found in solid , liquid and gaseous states . They can be found in natural raw materials which can be of vegetable or animal origin .

Regarding the chemical properties of organic compounds, they are linked type covalent which are formed by pairs of electrons shared. They can be distilled very easily and have a melting point of 300 ° Celsius. They are thermolabile , this means that they have little resistance to heat and tend to burn easily, producing CO2 and H2O. Many organic compounds have isomerism so they are capable of having identical formulas with respect to the number and type of elements that make them up. They also have the ability to carry out the polymerization process resulting in the formation of plastic.

The nomenclature of organic compounds is extensive and is done following the following rules:

What elements make them up

Organic compounds are made up mainly of carbon atoms combined with hydrogen atoms . These can also be nitrogen, oxygen, phosphorus, fluorine and bromine among others.

The vast majority of organic compounds are found in nature but they can also be produced artificially in laboratories following a series of steps and chemical mixtures to achieve it.

What are organic compounds for?

They are used to produce biological energy and to release energy from hydrocarbons. Many of them intervene in the different biological processes of living beings, making life possible. They are the source from which crude oil is extracted , which is why they are considered the most important source in the world in terms of energy.

They are of great importance because they represent the basis of life on earth. They are also important because, thanks to them, living beings have the ability to carry out different types of biological processes such as metabolism. In addition, they are an important part of carbohydrates , food , nucleic acids and lipids , all necessary for the proper functioning of the body.

The excessive use of organic compounds has caused the greenhouse effect due to the fact that there is an increase in the carbon dioxide found in the atmosphere, preventing the heat energy from being reflected in space and, for this reason, increasing the temperature in the Earth. Many of them are also used in the manufacture of pesticides which are used indiscriminately polluting the environment .

How they differ from inorganic compounds

Why are they more abundant than inorganic compounds

What is potassium sorbate?