The derivatives of the oil are defined as those products or substances that, from an industrial process complex, are obtained by using as raw material to the oil. 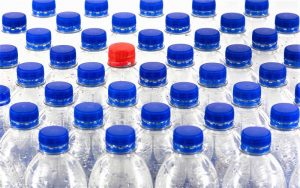 What are petroleum derivatives?

The oil also known as “black gold” – is a type substance mineral that has a vital importance in production processes modern. Despite being discovered by man hundreds of years ago, it was only in the middle of the 19th century that its potential was finally exploited through the synthesis of its derivatives.

The derivatives of oil and its name implies, have as a precursor to the oil , which is a mineral consisting of saturated and unsaturated hydrocarbons , likewise, these containest a significant amount of olefins and minimal amounts of organic compounds and sulfur in its chemical composition.

This mineral is found in deposits around the world, in which it is extracted from the subsoil through various and modern technologies. According to geological experts , these formations were produced by the concentration of organic matter for thousands of years under certain conditions of temperature and pressure.

The first known obtaining of a derivative of petroleum occurred in the 9th century . On that occasion, the sage Al-Razi managed to obtain kerosene by using an artifact called alembic , which was developed by him.

As of the 18th century , refining processes began to be improved thanks to the work of Hirn , among other experts, but it was not until the 19th century that the discoveries associated with petroleum derivatives were at their peak.

Crude oil must initially be extracted using various already established extraction techniques . After having gone through the aforementioned process, this product proceeds to be entered into refining plants , in which the distillation and transformation process is carried out in order to obtain the derivatives .

Distillation consists of a fractionation or separation of the components of the crude oil taking as a reference their boiling temperature . Once these products go through a separation process, they proceed to be sent to various transformation processes of which cracking can be highlighted , this process being responsible for decomposing the heavy hydrocarbon chains into more manageable compounds.

Finally, according to its usefulness , each derivative is purified and stored for later use in the production of by – products .

The chemical composition of the derived oil is linked to the process of distillation . In that order, taking the fractionation tower as a reference :

The derived oil are mainly used in the energy industry as fuels for power plants ; On the other hand, its main use consists of serving as fuel for internal combustion engines used in machinery and transport vehicles.

Another fundamental use is as compounds and / or raw material for the manufacture of products , such as plastics, food and fertilizers , among others.

Petroleum derivatives are considered to be the main responsible for the global climatic alteration of the greenhouse effect known as “climate change” . On the other hand, the incorrect disposal of the waste from the refining process can generate important impacts on biodiversity .

How to substitute petroleum derivatives

Various efforts have been made to generate electricity through alternative forms that are not dependent on fossil fuels ; in that order, there has been a remarkable development of technologies of alternative generation as in the case of the wind energy , photovoltaic energy and tidal energy.

In the case of fuels , notable progress has been made in the synthesis of biofuels , which have their origin in renewable raw materials mainly from the plant mass.

The entire range of plastics, elastomers, paraffins and asphalt originates from oil refining . Among them we can mention:

Examples of hydrocarbons derived from petroleum

What is the molecular orbital theory?