The word polymer is a term that is used a lot, especially in the industry related to the production of plastic. It is a synonym for plastic or resin , the name by which it is better known among people and these substances include a wide variety of materials , each of which has its own properties. It is very common to find them in instruments or household appliances such as clothes, toys and some storage containers. 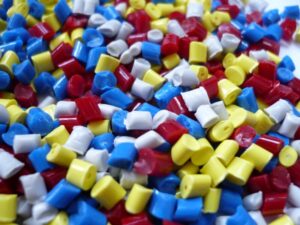 A polymer is a macromolecule that arises from the union of several small molecules or monomers that are repeated along a chain thanks to the polymerization process .

Characteristics of a polymer

Polymers have several characteristics that distinguish them from other types of substances. The most important of them are mentioned below.

The history of polymers comes from ancient times when materials such as wood, wool and silk were used to modify them in order to be able to obtain materials that were more resistant and useful. The first synthetic polymer was obtained in 1907 and it was thanks to Leo Hendrik Baekeland who managed to create by joining phenol and formaldehyde , a polymer he called bakelite .

The study of these materials began around the year 1922 , when Herman Staudinger established that polymers were made up of a series of long molecular chains . It was in this way that the nomenclature processes began to be carried out . After the Second World War , polymers took on even greater importance, especially synthetics

What is it made of

Polymers are formed depending on their structure by long chains of monomers which are located in a straight line.

How it is formed

They are formed through a process known as polymerization , which consists of joining the different monomers that make up the polymer through a series of covalent bonds . This type of procedure can be given in two different ways:

There are several types of polymers. The types are classified depending on several criteria including:

In addition, they can be classified depending on the nature of the monomers into:

Depending on their function , there are the following types:

According to the chemical elements that make them up:

Depending on its structure we can find the following types:

All polymers have a variety of different properties from each other. They are capable of having elasticity , of being reflective , they are very resistant to shocks so they can perfectly withstand strong manipulations and they are also quite hard which helps them have excellent durability . They are also very fragile and can be opaque , transparent or translucent which makes them ideal materials for working on crafts. They have a good level of malleability and also have insulating properties. They also have fragility which makes them easy to deform with heat. Some of them also have the property of having ductility which, although they are not as strong and resistant as others, makes them ideal for different purposes. Their elasticity makes them also ideal in the manufacture of cars and tires.

What is a polymer for?

There are many uses that can be given to a polymer. For example, the most natural of them found on earth is cellulose , a compound that can be found in plant cell walls and is used to make textiles and paper . Synthetic polymers , in other words those made by humans or man-made, are used to produce everyday materials such as polyethylene , which is the most common type of plastic in the world.

They are used to make plastic bags , food containers , packaging , disposable cups , bathing suits , pots , pans and many other instruments that are used both in daily life and in kitchens.

Some examples of polymers are: