The praseodymium is a metal soft characterized by quite malleable and that has a color yellow silver. It is a member of the group of lanthanides on the periodic table of elements that occupies the number 29. It reacts slowly with oxygen when exposed to air, forming a green oxide that does not protect it from further oxidation. It is more resistant to corrosion in air than the other rare metals, but it still needs to be stored under oil or covered in plastic and it reacts quickly with water. It can be found in different minerals within nature and it can also be obtained by sometechniques of extraction . 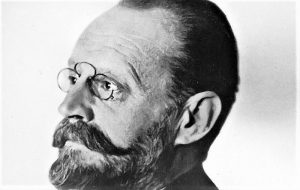 Praseodymium is element number 29 on the periodic table of elements whose resistance is quite high when exposed to air. Located in the lanthanide or rare earth section, it can be found in nature .

Among the most outstanding characteristics of praseodymium we mention the following:

The name of praseodymium comes from the conjunction of the ancient Greek terms prasinus (πράσινος), which means green , and didímeos (δίδυμος), which means twin . In the year 1841, Carl Mosander discovered and announced to the world that he had managed to find a new element known as didymium . For many years, didymium was accepted as a new element. As the years passed, some chemists believed that didymium was not a pure substance or element. Despite this, there was no way to test his theories. But in 1885 an Austrian chemist named Carl Auer von Welsbachhe questioned Mosander’s discovery and believed that he might be able to separate didymium into simpler substances. It took time and several years, but Welsbach found a method that allowed him to divide didymium into two elements. One of the elements called it praseodymium , which is Greek for ” green twin .”

It was discovered by Carl F. Auer von Welsbach , a chemist of German origin, in 1885. The scientist managed to separate praseodymium, as well as the element neodymium , from a material known as didymium. The Swedish scientist Carl Gustaf Mosander also participated in this discovery , who also managed to extract some residues in 1841.

Praseodymium is an element that belongs to the group of rare earths and therefore it is presented in the same way that oxides do . It is considered as an element of internal transition . Its natural state is solid and its appearance is silvery white and yellowish . It has the ability to be malleable and ductile . It has 59 electrons , 82 neutrons, and 59 electrons. It is a material that is quite resistant to corrosion so it can be used in different types of alloys.. Praseodymium can be found in a wide variety of minerals . New techniques, such as ion exchange and solvent extraction , have led to easier isolation of many rare earth elements, including praseodymium. This can also be obtained through calcium reduction from anhydrous fluoride chloride.

What is praseodymium for?

Praseodymium is used primarily as an alloying agent for magnesium to achieve the creation of high-strength metals that can be used in the manufacture of aircraft engines . It is also a material used to make flints for lighters and lights carbon arc which are specifically used in industry films , to provide lighting suitable to the recording studio and the lights of the projectors . The element is often added to fiber optic cablesas a doping agent to help amplify a signal. Praseodymium salts can give glasses and enamels a bright yellow color. Didymium glass, which contains praseodymium as its main ingredient, is a colorant used by welders and in glass blower safety glasses .

It can be found to a lesser extent in the earth’s crust but its major source comes from the minerals monazite and bastnasite .

Haloid salts: properties, nomenclature, how they are formed, examples

What is the atomic mass?

What are halogenated derivatives?