In chemistry , there are a large number of chemical reactions or chemical changes that can occur in substances, a series of thermodynamic processes that can transform matter. One of these chemical reactions is known as the redox reaction , which, although it may not be mentioned much, happens everywhere, even in the human body. 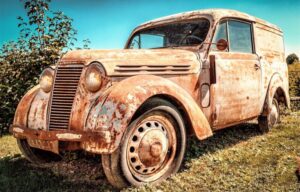 The redox reactions are a type of reaction of redox that can occur in chemical reactions in which one presents exchange between electrons forming one atom and other molecules that are involved in the compound.

Some of the main characteristics present in redox reactions are the following:

In redox reactions there are elements that can be reduced and others oxidized. The first group gains electrons while the second loses them because the movement of electrons from one place to another occurs in the reaction. Graphically it can be represented as follows:

For an adjustment to occur in the redox reactions, it is necessary to perform a mass balance in order to ensure that the same number of atoms of each of the elements are present in the two parts of the equation . In addition, a balance must be given in the charges in order to achieve that the number of electrons can be transferred in the oxygenation process , and that these are also the same electrons that are gained in the reduction process .

This term refers to the ability of the redox reaction to be able to occur in two different directions, one of them can occur naturally and is known by the name of spontaneous direction and the other can be produced contrary to the natural and in this case it is known as non-spontaneous direction. For the exhibition to be presented, it is necessary that the physical system is made by the transfer of energy between the system under study and the environment that surrounds it.

Redox reactions can also be used in different types of industrial applications . They turn out to be ideal in the production of work with the aim of producing movement in the large motors that are used in power plants to produce electricity. Also, it is used in the burning of fossil fuels which is used to produce heat and steam in boilers which will later be used as a moving force in engines and turbines.

This type of reaction is also used to produce the combustion process responsible for making the engines of vehicles that use fossil fuels work and also serves to obtain some types of elements in an optimal state of purity .

An example of an experiment to test redox reactions is the sugar with sulfuric acid experiment . Materials needed for this experiment include plain sugar , sulfuric acid, and a beaker or glass . It is very easy to do, however, it can only be done by adults because the resulting products are harmful.

The first step is to place the sugar in the glass, later, the rest of the bottle must be covered with sulfuric acid, then it will only be enough to wait and observe the reaction which occurs when the acid reacts with the sugar by removing all its molecules of water and thus producing the oxidation of carbon atoms , thus dehydrating it . The remaining product of this experiment is swollen carbon and the reaction that occurs is an oxidation reduction reaction.

Some examples of redox reactions are:

What are point defects?

Difference between homogeneous and heterogeneous mixtures

Thin-layer chromatography: characteristics, what it is for