The chemistry is an extremely wide field and in it a number of occurring reactions important such as those of reduction and oxidation which have the ability to transfer electrons between the reactants thus altering the state of oxidation . A very important aspect within this type of reaction is known as the reducing agent, which is responsible for releasing the electrons that will later be accepted by the oxidizing agent. 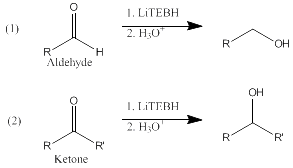 What is a reducing agent?

A reducing agent is a type of chemical that has the task of reducing to an oxidizing agent when it is in an oxide-reduction type reaction . They are in charge of donating electrons by nature, which also have a very low level of oxidation.

A reducing agent is a type of substance that loses electrons when it faces other substances in a redox reaction to later oxidize to the higher valence state. It is a type of reagent that is part of the oxidation-reduction reactions which are responsible for reducing another reagent by giving it electrons . Reducing agents can be metals or negative ions .

Some of the main characteristics of reducing agents are the following:

What element is the reducing agent in metal corrosion

In the field of metallurgy , the main agent that exists to act as a reducing agent in the corrosion of metals is carbon monoxide , a colorless and highly toxic gas whose chemical formula is CO . It has a great capacity to reduce the oxides present in metals and generally this reduction is done by means of a blast furnace at a temperature of approximately 900º centigrade.

What is the strongest reducing agent

How it differs from an oxidizing agent

In addition, the oxidizing agent is the one that receives the electrons, acquiring a negative charge through this process, while the reducing agent is responsible for transferring these electrons and also receiving the oxygen atoms . We can say then that they are different because the oxidizing agent will have to be reduced so that a different substance can be oxidized while the reduced people will be responsible for oxidizing to achieve the reduction of the substance.

Reducing agents have a special role and importance in the field of chemistry as they are essential for oxidation and reduction reactions to occur , which involve the loss of electrons, in this way, thanks to reducing agents, the reactions of this kind. Various types of reducing agents, such as sodium borohydride, play an extremely important role as reducing agents in the formation of the different metal salts used in nanoparticles .

Some examples of reducing agents in reactions are mentioned below:

In this example, it is possible to observe that octane, which acts as a reducing agent, donates electrons to oxygen to later form carbon dioxide and water.

Some examples of reducing substances are:

What is a peptide bond?