The rubidium is a chemical element of the periodic table, the symbol is the Rb and its atomic number is 37 . It is a metal with highly reactive characteristics, its color is silvery white and it is very soft . It is found in nature in an extremely dispersed state. It is usually obtained from lithium production . Rubidium is used in photoelectric cells and for certain types of catalysts 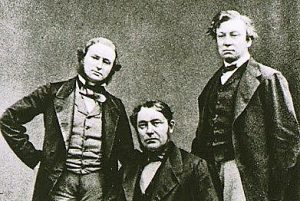 This is an element of the periodic table discovered in 1861 by German scientists, whose symbol is Rb and its atomic number is 37. It is very reactive , silvery-white in color and soft to the touch. It is rarely found in nature and is derived from lithium production .

This metal was discovered in 1861 by German chemists . It was discovered in 1860 by the German physicist Gustav Robert Kirchhoff and by the chemist Robert Wilhelm Bunsen, through spectral analysis of Durkheim mineral water. The element got its name from the characteristic red color of its spectrum lines (from the Latin ‘rubidus’, dark red).

Regarding the ionization characteristics , we can mention the following aspects

Physical and chemical properties of rubidium

The rubidium is an element belonging to the group of metals alkaline . This group of elements are characterized because they have a single electron in their outermost energy level and have a tendency to lose it, this being the way they have to form a mono-positive ion . This tendency of alkali metals is due to the fact that they have a low ionization energy and their electronic affinity is very low. The state of rubidium in its natural form is solid . It is a silvery-white chemical element and belongs to the group of alkali metals. Its atomic number is 37, its symbol is Rb, its melting pointIt is 312.46 degrees Kelvin or 40.31 degrees Celsius or degrees Celsius and its boiling  point is 961 degrees Kelvin or 688.85 degrees Celsius or degrees Celsius.

Uses and applications of rubidium

The rubidium is a highly element reagent and its color is so generally silvery white . It is a relatively common element in the earth’s crust . Most of it is extracted from lepidolite , this is a mineral that contains approximately between 0.3 and 3.5% of that element.

Rubidium actually has very few industrial applications. Some of its possible uses are the following:

There are few important real applications of this chemical element. The spectral line that gives it its name is one of them, as well as the purple color of some fireworks. Its other applications have to do for the most part with the fact that rubidium has a high vapor pressure.

It is a mineral that can be beneficial for treating depression . Studies have recommended that the appropriate amount for humans is 1 to 5 milligrams. Although, there is no defined set of recommended daily allowance, since this element is a trace element . Rubidium is responsible for bringing nutrients to the organs, but only in small amounts.

What is potassium nitrate?

Inorganic compounds with Definition, Characteristics, and Types their Examples