In many ways, Rutherford’s atomic model is regarded as the classical model of the atom , even though it is no longer regarded as an accurate representation today. Rutherford’s model shows that an atom is largely a vacuum space , with electrons that are orbiting a core fixed positively charged paths predictable and configured . 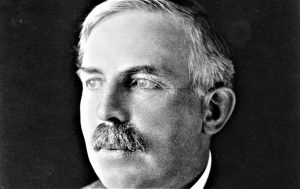 Rutherford’s atomic model is the model that suggests that the atom looks very similar to that of a planetary system and for this reason it was called a planetary model or a nucleated atom model .

What is Rutherford’s atomic model?

Thomson model consisted of the presentation of an atom static and solid . The model that was proposed by Rutherford explained that the positive charge that an atom had is concentrated in a stationary nucleus of great mass, and that electrons with negative charge move in orbits that were around the nucleus, which were united by the electrical attraction that exists between opposite charges.

The main characteristics of Rutherford’s atomic model are the following:

His most important contribution was that he postulated that the atom was made up of a nucleus in which almost all of the atomic mass could be found and that all the charge in the nucleus was positive. He also contributed the theory that electrons revolve around the nucleus.

In order to make an analysis regarding the structure of the atom, Rutherford designed an experiment that consisted of bombarding a fine gold foil with alpha particles.  If Thomson’s atomic model was correct then the particle beam should pass through the sheet without undergoing significant deflections that could affect its trajectory . Rutherford was able to observe that a high percentage of particles managed to pass the sheet without undergoing an appreciable deflection, but he was also able to observe that there were a certain number of them that ended up being deflected significantly, sometimes under diffusion angles.they were even greater than 90 degrees. Such deviations could not occur if Thomson’s model were correct.

The two main problems that the theory presented were that Rutherford assumed that the electrons were rotating around the nucleus because that way they would counteract the force that pulled them towards the nucleus, but this led, according to Maxwell’s laws of electromagnetism to an emission of energy , since every particle with acceleration had to emit it, which in turn would cause the electron to fall to the nucleus .

Its main significance was that first proposed the existence of a nucleus in the atom theory was considered essential to explain the results of the concentrations of load in the center of the atom. The results of his model and of his experiments made it possible to get to know and calculate that the atomic radius is ten thousand times greater than the nucleus of the atom and therefore that the interior of the atom is basically empty.

What is potassium sorbate?