The scandium is a transition metal of the first long period. It is also considered a rare earth element because its chemical properties are very similar to rare earths and it is found in the same minerals . It is a soft, silvery metal with a density approximately three times that of water . It is found very little in nature since it only appears in small quantities. 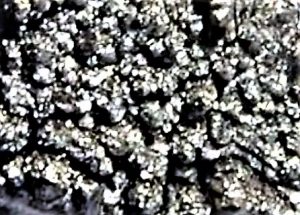 Scandium is a transition metal considered a rare earth element because its composition and chemical properties are very similar to them. It is an element that is difficult to find on earth as very few quantities of it are found on the earth’s surface.

It was discovered by Lars F. Nilson in 1879, in Uppsala, a town in Sweden. Nilson was doing a series of studies of the rare earth elements . Part of Nilson’s method required the preparation of erbium oxide from the minerals, which then reacted to form erbium nitrate . In the procedure, he applied heat to the nitrate and discovered that his sample contained small amounts of an unknown element with a fairly low atomic weight, thus demonstrating the existence of a new element . Nilson named the element Scandium, a word derived from the Latin word ” Scanda “, which means Scandinavia., because the element is found in rare minerals there.

The Russian chemist Dmitri Mendeleev , inventor of the periodic table , predicted the existence and properties of scandium, which he originally called ” ekaboron “, and mentioned that its composition was similar to that of boron. Lars Fredrick Nilson , a Swedish chemist, studying and analyzing the spectra of the minerals euxenite and gadolinite , discovered the element in 1879 . Per Teodor Cleve , a Swedish chemist, suggested that the new element discovered by Nilson was the same as the element that had been proposed and described by Mendeleev .

It oxidizes when exposed to air and its color turns yellow or pink , this is due to the formation of scandium oxide on the earth’s surface. The alloys that can be made with scandium and aluminum have better resistance to recrystallization and cracking on hot surfaces than conventional alloys . It is mainly used to create lamps of high intensity lamps and steam of mercurywhich are used mainly for photography and television. Scandium produces light that is very similar to natural sunlight. It is also used in the manufacture of alkaline batteries , as a catalyst and to improve the germination of plant seeds. The radioactive isotope scandium-46 can be used in oil refining as a tracker to monitor oil movement and in underground pipelines to detect leaks.

What is scandium for

It has relatively few uses. However, this metal is usually added in small amounts to aluminum – magnesium alloys to give them more strength . Theoretically, scandium could replace aluminum as a structural material. However, the much higher cost of scandium makes the large-scale use of this metal economically very restricted. When mixed with molybdenum , it helps inhibit the corrosion of zirconium and has also been used as an instrument to filter high-speed neutrons in nuclear reactors.

This element is found in greater quantities on the moon and the sun than on Earth. And on Earth, scandium tends to spread over the surface instead of concentrating in certain places. However, some places where they can be found are: countries of China , Kazakhstan, Madagascar, Norway and Russia, and in a good part of this element comes from the reserves of materials that were manufactured in the time of the Cold War in the old Soviet Union.

What is specific gravity?