A powerful model of the atom was developed by Erwin Schrodinger in 1926. Schrodinger combined the equations of wave behavior with the de Broglie equation to generate a mathematical model for the distribution of electrons in an atom. The atomic model Schrodinger allowed the space occupied electron dimensional . Therefore, it required three coordinates, or three quantum numbers , to describe the orbitals in which electrons can be found. 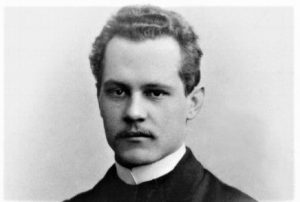 What is Schrodinger’s atomic model?

It is a model that indicates the periodic properties that atoms have and the bonds that they can form, and it tells us that electrons are waves of matter that are distributed in space depending on the function of the waves .

What is the Schrodinger atomic model?

Being a three-dimensional mathematical model, it needs three coordinates which come from the Schrodinger wave equations, which are the principal (n), angular (l) and magnetic (m) quantum numbers . These quantum numbers describe the size , shape, and orientation in space of the orbitals in an atom.

The main characteristics of Schrodinger’s atomic model are the following:

Postulates of the atomic model of Schrodinger

The postulates of the atomic model are the following:

Electrons behave like standing waves that are distributed in space according to the wave function Ψ.

Electrons move inside the atom in orbitals . These are areas where the probability of finding an electron is considerably higher. The referred probability is proportional to the square of the wave function Ψ2.

Schrodinger made important contributions in the field of quantum mechanics and thermodynamics . He received the Nobel Prize in Physics in 1933 for having managed to develop the Schrödinger equation and after maintaining a long working relationship with Albert Einstein, he proposed the thought experiment of Schrödinger’s cat in which he showed the paradoxes and questions to which quantum physics was involved.

Schrodinger managed to develop two mathematical models, making the difference about what happens depending on whether the quantum state changes with time or not. In order to analyze the atom, Schrödinger published the time-independent Schrödinger equation at the end of 1926. This equation is based on the functions of the wave behave like waves stationary .

His theory tells us that the wave does not move and that the equilibrium points function as an axis for the rest of the structure to move around them, describing a certain frequency and amplitude .

The Schrödinger equation is used when the observable representing the total energy of the system, known as the Hamiltonian operator , does not depend on time. Despite this, the function that describes the total wave motion will always depend on time .

The time-independent Schrödinger equation is as follows:

The advantage of this model is that it consists of equations mathematics known as functions of wave meeting the requirements of the behavior of electrons. The downside is that it is difficult to imagine a physical model of electrons as waves .

What are solute and solvent?