The selenium is a trace element  which may be organic in some foods such as vegetables, fruits and cereals. It has even been studied in the nutritional field, since it has been shown that in small doses, it can help fight very effectively some diseases thanks to its antioxidant action . 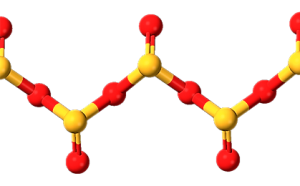 The selenium is a chemical element, which belongs to the group of non – metal, located in the periodic table with the number 34 , atomic mass of 78,971 , this chemical element is usually usually used as a driver power, thanks to its photoelectric effect, which allows it to convert light into electricity.

Selenium is found in different allotropic forms , in which selenium becomes amorphous and classified into three. The first is the vitreous (black), which is obtained by cooling the selenium in its liquid state by changing its composition, for example, now the selenium will need to be 180 ° C to be able to melt , its density is around 4.28 g . The second is colloidal selenium (red), it is obtained by bringing selenium to a reduction state, its monoclinic structure has a molten state to be subjected to 221 ° C, its density has a level of 4.39g . Finally the thirdIt is crystalline selenium (gray), it has a hexagonal structure which is its most common shape, in order to bring this element to a molten state it must be subjected to 220.5 ° C, its density level is 4, 81g.

It was discovered in 1817 by a chemist named Jöns Jacob Berzelius,  who by epiphany visiting a factory in Gripsholm noticed a red-toned liquid that, when in direct contact with heat, gave off a fetid odor that at that time was thought to be It was exclusive to tellurium , when realizing that it was another chemical element, he subjected selenium to an investigation, discovering and perfecting the techniques to detect it or analyze it, separating it from the different materials since it is found in very small quantities, distributed in the earth’s crust between rocks or soils with an amount of0.1 or 2.0 ppm, strangely it can be obtained by detaching from copper after being refined.

In its pure state, it must be treated in a very delicate and careful way, since if its components come into contact with some other substance, it could become contaminated and become dangerous. The correct thing is to keep it in a space that is dry and then transform it into a not so dangerous selenium.

Selenium is made up of different properties which include its density, atomic weight , electric charge , among others , in the following table you will see:

Selenium has different uses, some of them in a derived state which is ammonium is used to make glasses, another form is that of selenium sulfide, used for body lotions or shampoos because it is effective against seborrheic dermatitis, also in the electric field is widely used as a p-type conductor of electricity.

In the nutritional field in favor of prevention through food for diseases such as cancer or cognitive problems , since it is an antioxidant which also reproduces glands that are responsible for protecting the good work and development of the individual by neutralizing free radicals.

Some studies show that selenium reaches a chemoprotective form against apoptosis induced by oxidative stress, these investigations are also still in process, however, a very interesting fact is that selenium is transformed becoming part of proteins such as selenium amino acids which it is very beneficial for animals, it also enhances good humor.

Where is selenium found?

It is mainly found between soils and rocks, also chemical elements such as copper , where it is mostly found in small quantities. It can also be found in food such as cereal, milk, fruits, vegetables, meats, eggs, among others.

Actually, although it is something unknown to a part of the population, we must ingest selenium organically through a good diet since it prevents many diseases , helps our nervous system and organism so that it has a good functioning as well as development.

It is the object of study today, since since its discovery it has been of great help to human beings as an aid with the prevention of cancer or by including it in drugs used for chemotherapy. E n the electric field is extraordinary as electricity flows through the selenium, transforming an electrical conductor. Some companies prefer to use it for the construction of glass since through a reaction process the selenium changes its shape, becoming a perfect material to mold and transform into glass.

What is Bose-Einstein condensate?