One of the most used concepts in the field of chemistry is oxide , a type of chemical compound that can be obtained when a metal, in this case silver (Ag), reacts to the presence of oxygen . There are several types of oxide, for example silver oxide. 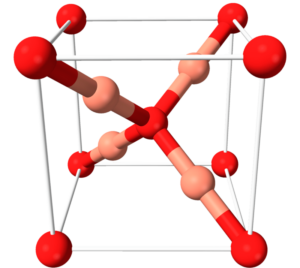 What is silver oxide?

The silver oxide is a type of chemical compound , a fine powder of black or brown which is formed at the time the silver binds with oxygen .

The main characteristics that can be found in silver oxide are the following:

Regarding its chemical structure , silver oxide, being of the binary type , has a three-dimensional type structure which is joined by means of covalent bonds within its structure. The ions of AG + and 0 2 are in this type of link in a ratio of 2: 1 and are also exposed to a type of electrostatic attraction . It has also been identified ions Ag + has flat square geometries .

The chemical formula for silver oxide is Ag2O .

Regarding its nomenclature, it is done as follows:

Regarding its nomenclature, it is important to know that, from the moment in which the Ag 2+ and Ag 3+ ions were introduced to the term, the nomenclature changed. Considering that Ag 2+ is very unstable, which makes it almost non-existent, those ions that have +1 and +3 valences are taken into account , in other words Ag (I) and Ag (III).

In the case of the valences I and III and since Ag (I) is the one with the lowest valence, it must be named by adding the suffix -oso to the argentum name . So Ag 2 O is known as argentous oxide ( diplate monoxide). The Ag (III) has the highest valency and therefore, it is added the -ic suffix intone, the AG 2 O 3 is known as a silver oxide .

Silver oxide has several physical properties which are:

The following are the properties that silver oxide possesses:

The way to get the silver oxide is by the combination of aqueous solutions of silver nitrate with an alkali hydroxide .

One of the main uses of silver oxide is to dissolve it in ammonia in order to produce the Tollens reagent , which is a reagent that works perfectly to perform different types of qualitative analysis in organic chemistry laboratories . When mixed with metallic zinc it can form primary zinc-silver oxide batteries , and this is the most common use for silver oxide as it is found in homes and businesses.

It is also used as a type of gas purifier as it is responsible for absorbing carbon dioxide, then when heated, it has the ability to release the gases that it managed to trap in the process and can be used again. Thanks to the antimicrobial properties owned by the silver , one of its components, this oxide is widely used in different studies bioassays and to purify the soil.

It functions as a type of antioxidant agent that has the ability to oxidize aldehydes and is also used as a component in the Hofmann reaction, also participating as a type of reagent or catalyst in various organic type reactions. In alloys for welding , in electrical contacts and even in alloys to make dental pieces , silver oxide can also be used.

Silver oxide is a strong oxidant and for this reason it can cause various health risks. When it comes into contact with the eyes, it can cause significant irritation as well as burns to the eyeballs. On the skin , it can also cause irritation and burns. If this oxide is ingested , it can become potentially dangerous, causing severe damage to the entire gastrointestinal system , vomiting , nausea, and burns .

When inhaled , the respiratory system is severely affected causing burning in the nose and throat, continuous coughing, breathing difficulties and in more severe cases, pulmonary edema . The chronic inhalation of this product may trigger a pneumoconiosis.

What is retinoic acid?