In the field of chemistry there are several types of chemical compounds which are substances formed by two or more elements that are within the periodic table. One of these compounds is known by the name of sodium oxide . 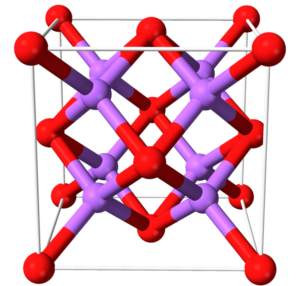 What is sodium oxide?

The sodium oxide is a compound chemical type inorganic belonging to the group of metal alkali . It is the anhydride of sodium hydroxide as it reacts with water to form two moles.

Among the main characteristics of sodium oxide are the following:

The chemical formula of sodium oxide is as follows: Na2O

Regarding its nomenclature, it can occur in three different ways, which are mentioned below:

Its main physical properties are as follows:

Its chemical properties are mentioned below:

Regarding its obtaining, it is important to mention that this chemical compound is not found in a free form in nature, so it must be obtained by chemical means. Sodium oxide is produced mainly by the reaction of the hydroxide of sodium with the sodium metal . You can also get to be produced using peroxide of sodium or sodium nitrate instead of sodium hydroxide . This reaction produces hydrogen as a by-product:

Another method is through the thermal decomposition of the sodium carbonate to 850 ° C, to produce carbon dioxide and sodium oxide:

A third method is through reaction with sodium peroxide:

The main use that is given to sodium oxide is in the manufacture of glass since this chemical compound constitutes 15% of the total composition of this product. It is widely used in the ceramic industry . It is also used as a melting medium to reduce the temperature at which silica is melted as it acts as a type of stabilizer . Being a very simple material to work with and due to its great ability to be softened on several occasions, it can be used in the manufacture of bottles , decorative objects of art and light bulbs, among others.

In addition, it is a compound that can be used in the production of adsorbent polymers and in the manufacture of some intermediate products in the production of chemical compounds . Although it is not a good conductor of electricity in its natural state, when combined with some types of oxide can become a good driver and is then used in the cathode of the battery fuel and in some systems oxygen generation .

It is important to bear in mind that, although sodium oxide is not flammable by itself, when it comes into contact with water it can become extremely dangerous as it becomes very volatile and at the same time, it causes the combustion of other types of substances rises considerably. It is also a very corrosive product and when it comes into contact with the skin or eyes it can cause serious burns.

This chemical can also reach cause serious damage in the way respiratory when inhaled without caution, for example, pulmonary edema and if ingested, can damage the entire digestive system.

In case of having been in contact with the product, it is recommended to take the person to a ventilated place and if necessary, provide assisted respiration. If it comes into contact with the skin, the area must be thoroughly washed using copious amounts of water , clothing and footwear must be removed immediately.

This product can produce a series of side effects such as inflammation , edema in the larynx , bronchitis , burning sensation , sounds in the chest , difficulty in breathing properly, and pneumonitis .