Within daily life, human beings usually mix various materials in order to get drinks or mixes which they can get. For example: In the kitchen, water is heated and powdered coffee is added in order to get an espresso, this is the case with other things inside and outside the kitchen. Although the human being performs these activities in his daily life, he does not usually know what the technical names are , if the ingredients named in the example are taken, they are known as solute and solvent , the solute being coffee and the solvent being hot water. 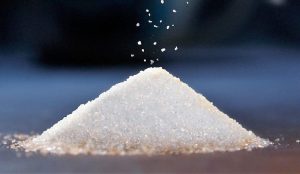 In simple words, the solute is nothing more than a substance which can disintegrate into another called solvent, which is usually water. This occurs in order to create a new substance, to be part of a larger process, or to eliminate certain residues or mixtures of certain elements. On the other hand, there are different types of mixture between solutes and solvents , for example: that of a gas in a liquid, that of a gas in a solid, that of a liquid in a solid, among others.

The solute is defined as that substance which can be dissolved in another, either directly or through some mechanism. The element that can dissolve the solvent is known as solute and is usually in a liquid phase.

The solute generally presents a much smaller quantity than the solvent in question, and in turn can be found in the three basic states of matter, that is: Solid, liquid or gaseous.

It should be understood that each of them presents a great duality of chemical substances that make up the states of matter in which they are found and many other properties. However, below is a list where its main characteristics are named:

What is translated as the ability of the solute to dissolve in another substance.

Also called boiling point , it is at the temperature point at which the solute can dissolve, affecting the degree of solubility .

It refers to the degree of pressure to which the solute is subjected , however, this does not affect those that are neither in liquid nor in solid state .

The polarity of the solute structure improves or worsens the level of solubility against the solvent. If both present the same level of polarity, the process will be much faster.

How it differs from solvent

When the differences between the solvent and the solute are framed, we can establish in 4 main ones:

The solute is one of the main bases of chemistry which is studied in basic physics , being this an element present in many areas of our life such as in the kitchen, the arts and other areas where the human being mixes different materials.

We can find solutes in the three states of matter and also within their uses at home:

Solutes in the gaseous state

When we talk about carbonated drinks , we are talking about a water that contains carbon dioxide within its composition . It is introduced through the water when it is subjected to low pressure.

Tanks or cylinders or simply the air of the atmosphere, charged with oxygen or nitrogen gas

It refers to spaces where certain treated gases such as nitrous oxide or oxygen are stored. The air in the atmosphere is made up of various molecules of a variety of gases, at first 78% nitrogen is what makes it up the most.

Propane in butane, better known as cooking or domestic gas

This has been known as liquefied gas since 1860 as a gas for domestic use. Since then there have been many other methods of cooking , however, gas cooking is still the most used for its power.

This is a metal alloy which we usually find in various pieces, containers, among others. It is composed of a zinc dissolved between 5 and 40% in copper, helping this to maintain its resistance and durability.

This is one of the most popular solutes due to its antiseptic properties within medicine . Within its composition is iodine diluted between 44 and 50% within the alcohol.

If there is something to highlight, it is that 70% of the earth is made up of the seas. Within its composition, only 2.5% of what it is made up of are marine salts and other adhering elements such as organic elements.

Alcoholic beverages have existed since the beginning of mankind . These take the ethanol and the fermentation of the sugars originates and is added to the water together with other flavoring extracts, being easy for the body to process.

The humidity inside the air

When it comes to humidity, it is directly related to fog . It is produced by an effect achieved by the cold at night, which causes the drops of water to remain suspended in the environment.

One of the elements of the kitchen that we can safely find in each of them is vinegar . It exhibits a sharp aroma and is generally used to store food. It is created from a mixture of acetic acid in water.

This is an almost essential element for dentists , it is made up of an alloy of certain materials to which 2% mercury is added and serves as a solvent.

Solutes within the domestic area

Both water and sugar are polar compendiums, however sugar is a molecular aggregate, which is why it has the ability to dissolve in water.

When talking about paintings , we immediately associate it as a solute , with water being which as a solvent, being able to disintegrate the solute. This happens for example when brushes are placed in glasses with water to remove paint from them.

As in the previous case here, water is again the solvent, while milk is the solute which is created through the dehydration of milk in any of its presentations, such as pasteurized milk .

Undoubtedly one of the solutes that everyone knows at some point in their life is detergent , which is the solute used to wash clothes , which is diluted in water, in order to carry out the process. .

In this case, milk is present as a solvent, with the powdered chocolate acting as the solute , which is a mixture of cocoa and other ingredients such as its butter .

Gelatin is a solute that is traditionally formed from the marrow of various animals such as ox, it is diluted in hot water and then left to cool to give it the desired shape and consistency.

What is watch glass?