Throughout the stages of human life, various activities are carried out in which the properties of various materials are used. For example, when we are in the childhood stage when we paint with any type of paint that requires a brush or paintbrush, at the same time we dilute it in water to eliminate its excess paint. When the human being is already a certain age in which he is allowed to enter the kitchen, among the first things he does is to make doughs, chocolate drinks, among others. All of these that were named above are processes where there is a solute and a solvent . Being the solvent who dilutes the other element. 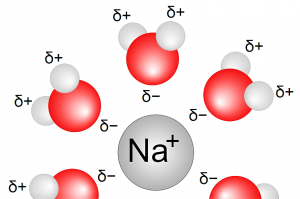 The solvent is nothing more than a substance which is always in a liquid state and has the particularity of being able to dissolve other elements in it. This is a process in which the solvent dissolves a material or substance called solute this is done both at businesses , through the laboratories to reach the domestic use. The solvent that is considered universal is water since it presents total neutrality within the process in question, which is why it can be adapted very easily to the transformation of the new particles of the other elements.

A solvent also known as a solvent, is a substance to which the ability to dissolve the solute is attributed , (which can be found in the three states of matter, that is, in a solid, liquid or a gas that presents a chemical composition that is different in its composition to the solvent ) leaving a resultant known as the solution .

Within the processes, the solvent has various applications such as adhesive, the liquid components found in paints, the various products that fill the shelves of pharmacies, among others.

Within a deeper concept, the solvent within physics is that element which allows the dissolution of a compound called solute within its molecular structures. All this occurs thanks to a molecular process called solvation where all the molecules that exist within the solute end up surrounding those of the solvent, thus managing to suppress them until they dissolve.

The rate of solvation within the dissolution process is due to many factors, most of all the properties of the solutes . For its part, the solvent does not usually depend on any other additional action that allows it to dilute in a better way.

If there is something to highlight, it is that for this dissolution process to be possible there must be both a solvent and a solute, starting from that main characteristic we can highlight the following:

Within the types of solvents we find many subtypes, however, there are only two their true separation by type. These are separated into polar and apolar:

What kind of solvent is water

Among the different solvents that exist, as mentioned above, the solvent considered as universal is water, either from the different points of view in which they are evaluated. For example: from the environmental point of view , water does not represent a danger to it since it has neither flammable nor toxic properties.

When speaking at the molecular or ion level , water can be related to them thanks to the hydrogen bonds that exist within its structure or also thanks to ion-dipole interactions.

For its part, water also has a great advantage when it comes to dissolving, as this, depending on the temperature to which it is subjected, can change its properties and can thus adapt it to the needs of the user.

As was said at the beginning, solvents are present in daily life, only they are not known in that way. In addition, with the scientific and technological advances of each day, more solvents of an alternative or neoteric type have been developed, which will mean a great change at an industrial level.

The main objective of these solvents is to attack industries that use other solvents which are harmful to the environment, which is why these solvents seek to provide greater benefits to operators, such as within the oil industry area where It will be used to obtain more raw material with a solvent which does not present greater toxicity and which is recyclable, in addition to being able to be reused.

Solvents have different applications within the various areas in which human beings develop, both at home and outside of it and also in their business environment:

Be it pharmacological, cosmetologist or research level, the application of the different reagents within the different products usually depends a lot on this process. For example: iodine needs to be diluted in isopropyl alcohol while creams to fulfill their roles must be added reagents to the base ointment.

Within this area it presents many fields of application, for example: within companies that manufacture paint, the bases of color are added to an oil which is the one that has the ability to adhere and dry on the walls.

It is the easiest way to understand this issue, whether we analyze it from the kitchen with the different mixes that are prepared or also within the meetings for social purposes in the area of ​​the preparation of cocktails.

What are the Hume-Rothery rules?