The strontium is a chemical element belonging to the periodic table. It is one of the alkaline earth metals that we find in less quantity in nature. Approximately the crust of the earth contains 0.042% strontium. It is widely used today, mainly in the manufacture of pyrotechnics , railways and bullets . It is a divalent element in all its compounds and is soluble . Through some chemical reactions its compounds can become soluble in water. These soluble compounds are extremely harmful to health and can produce large amounts ofwater contamination . When people are exposed to this element, it can accumulate within the human body. 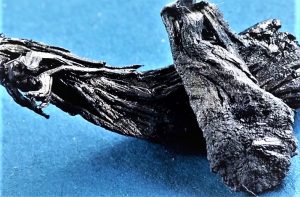 Strontium is an alkaline earth metal that belongs to the periodic table of the elements, it is soft , silver-colored, shiny, not very malleable, which can oxidize at high speed when it is in the presence of air , acquiring a yellowish tone due to the oxide.

Its most outstanding characteristics are the following:

It was first identified in the lead mines of Strontian in Scotland , where it came from his name in 1790 by Adair Crawford . During 1798, Klaproth and Hope independently discovered it. The first to isolate strontium was Humphry Davy , in 1808, by electrolysis of strontium from which the name given to the metal comes.

Strontium was discovered by Adair Crawford , an Irish-born chemist, in the year 1790 while he was studying the mineral known as natural barium carbonate . When you mixed this element with hydrochloric acid you did not get the results you expected. He then assumed that his sample was contaminated with an unknown mineral, a mineral he named strontianite . It was first isolated by Sir Humphry Davy , an English chemist, in 1808 through a process known as electrolysis.of a mixture of strontium chloride and mercuric oxide. Currently, it is obtained from two of its most common minerals, celestite and strontianite, when treating these elements with hydrochloric acid, strontium chloride is generated.

Among its main properties we can mention that it is an alkaline earth metal very similar to calcium and barium. Freshly cut it has a silver appearance , but it quickly changes its color and turns yellowish due to the formation of rust . If it is finely divided, it spontaneously ignites in air . Its volatile salts can give a beautiful crimson color to flames. It is softer than calcium and breaks down in water more vigorously. It should be kept under kerosene to avoid oxidationof its components. There are three allotropic forms of the metal, with transition points ranging between 235 and 540 ° C.

What is strontium for

It has a host of important uses. Its isotope Strontium-82 is used for the visualization of cardiac images through positron emission tomography , a procedure that is performed in hospitals as a means of diagnosis. It is also used to produce ferrite magnets and to refine zinc . Its salts, which cause vivid crimson colors in flames, are used mainly in pyrotechnics and in the production of flares . Strontium titanate has an extremely high refractive index and an optical dispersion greater than that of a diamond. It has been used as a gemstone, although it is very soft.

It is found primarily as celestite , also called celestine and strontianite. The metal can also be prepared by electrolysis of fused chloride mixed with potassium chloride . It can also be done by reducing strontium oxide with aluminum in a vacuum at a temperature at which the strontium distils out. It is also possible to find it in some cereals , vegetables and various dairy products .