Surprising and unusual facts of chemistry are listed here briefly you may understand it easily.

Chemistry , a boring discipline to die?

Maybe like you too, that’s what I thought for a long time. It must be said that my only reference in this area was the courses given at the college (with a moving memory for the dissection of a bull’s eye early in the morning, yum).

Until the day I realized how ubiquitous this science was in everything around us.

The food you eat, the drinks you drink, the air you breathe, your clothes, medicines, household products … Chemistry is everywhere. To such an extent, moreover, that it is sometimes called the central science as the other scientific fields (biology, physics, geology, etc.) are connected to it.

It also answers countless questions , from the most serious to the most unusual.

What is the universe made of? Why do tree leaves change color in autumn? Why are plants green? What is soap made of, and where does its cleansing properties come from?

In short, no need to be in a lab dressed in white coat to wander among Bunsen beaks and other chemical reagents for professionals to marvel at the chemistry.

It is enough to be curious , to wonder about the infinity of questions that inspires our environment … and to read Out the Box obviously!

Chemistry in all its states 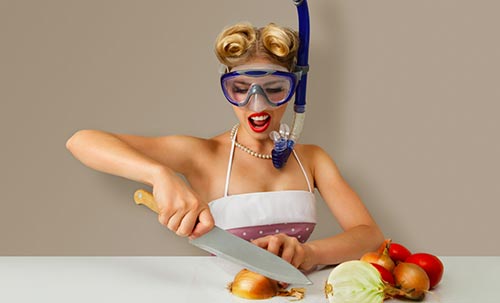 Why cut an onion does crying, while the peel does not cause any particular reaction?

Simply because when you cut it, its cells break. These then release at the same time a chemical substance called propanethial oxide , which is a lachrymal factor.

When this oxide reaches the film of water that covers our eyes, it turns into sulfenic acid . This has the effect of irritating our lacrimal glands and making us cry. 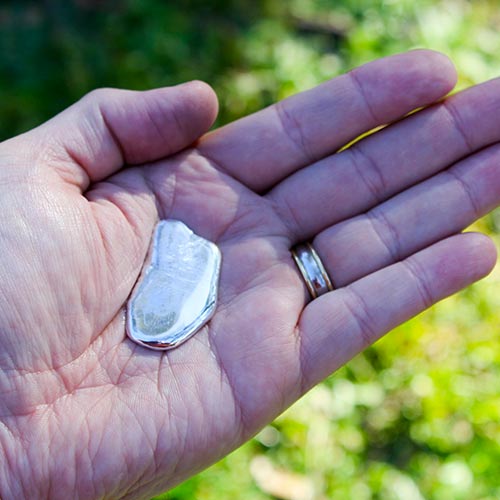 The only solid elements to liquefy at room temperature are bromine and mercury.

However, you can melt gallium simply by holding a piece in the palm of your hand.

Indeed, gallium with the astonishing peculiarity of having a very low melting temperature: only 29.76 ° ! So, less hot than our body temperature.

And again, this is not the element with the lowest melting temperature.

The melting point of a metal is related to the structure of the bonds between the electrons of the atoms that compose it.

Metals with a very high melting point (such as that of tungsten , at 3422 ° C) have very strong bonds between their atoms. It takes a huge amount of energy to break them up and move them from a solid to a liquid.

In comparison, the bonds between the mercury atoms are very weak. Consequence: it takes very little energy to break them down and change the metal from a solid to a liquid.

3. The dilation of the water

Unlike many substances, water expands when it freezes. Thus, an ice cube takes about 9% more volume than the water used for its manufacture.

4. The power of salt 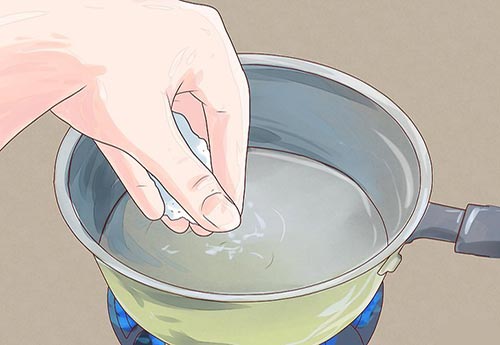 As long as you’re in the water … If you pour a handful of salt into a large glass of water, the water level will go down rather than overflow.

This is for the simple reason that salt absorbs water.

5. The marriage of water and alcohol 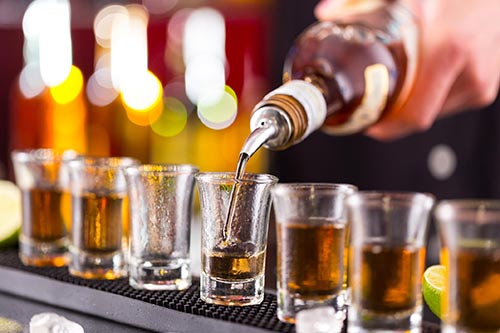 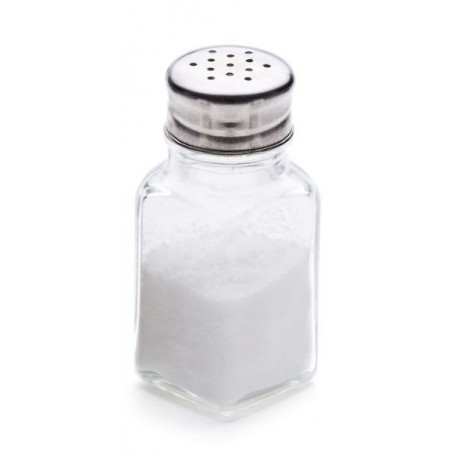 On the left the carbon, on the right one of its forms

A pure element can take many forms. For example, diamond, graphite and coal are all forms derived from pure carbon.

The human body contains enough carbon to provide lead (which is actually graphite) to produce about 9000 pencils!

9. An update on hydrogen

Hydrogen represents 74% of the atoms that make up the universe , and yet it did not receive a name until 1783.

Hydrogen is highly combustible and was used as a lift gas on the famous Hindenburg airship , which was consumed in flight in 1937.

Hang on with it: a bucket filled with water contains more atoms than there are buckets of water in the Atlantic Ocean!

An impressive statistic, especially when you know that an atom is composed of 99.99% of … empty.

11. The Amazon, a resource so precious

About 20% of the oxygen in the atmosphere comes from the Amazon rainforest.

Until when ? Difficult to estimate in view of the accelerated rampage of the green lung of the planet …

When you feel thirsty, you have already lost about 1% of your body water.

A little reminder about the importance of staying hydrated throughout the day, even if you are not thirsty!

Mars is red because its surface contains a lot of iron oxide . In other words, rust.

Sometimes hot water freezes faster than cold water. A high school student has documented the effect, which bears his name: the Mpemba effect .

According to Professor Bernard Wood , an Australian researcher, there would be enough gold buried deep in the Earth’s core to cover the entire earth’s surface by half a meter!

You may also look through at

What is an element in chemistry with examples?

What is meant by Carbon dating-14 method ?

Is oxygen flammable? If so, then why?

How do you Convert Fahrenheit to kelvin?